Chefs on the Move: Sushi Ginza Onodera in New York has a new leader, and the latest jobs for Eli Kaimeh and Kwame Onwuachi 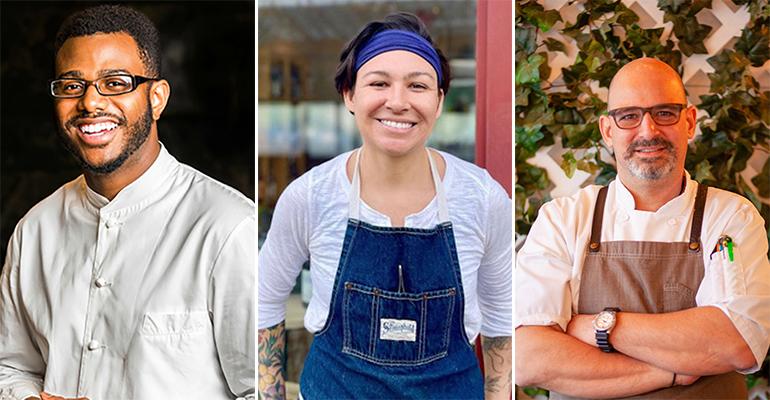 Eli Kaimeh, who rose through the ranks in the Thomas Keller Restaurant Group, including serving as chef de cuisine at Per Se for seven years, is now in Naples, Fla., working at Sails Restaurant.

Another Thomas Keller alumn, Mark Hopper, now works for Italian oven supplier Forza Forni, and Justin Barroza, who got his start with Keller, too, is now heading up the kitchen at Lone Eagle Grill in Lake Tahoe.

Kwame Onwuachi, whose career really took off in 2019 after winning national acclaim from the James Beard Foundation and Food & Wine magazine, now is on the staff of the latter as a contributing executive producer.

In New York City, Sushi Ginza Onodera has reopened with a new head sushi chef, Winona’s in Brooklyn has a new chef de cuisine, and Hortus NYC in Manhattan has a new executive chef.

In Chicago, the Good Eats Group has a new chef de cuisine, the soon-to-open Avli on the Park has named the head of its kitchen, and Nonnina, whose new executive chef joined in November, just as the restaurant was forced to close, is finally getting ready to share his new menu.

In Atlanta, King & Duke has a new executive chef, and so does South City Kitchen Vinings.

In Palm Beach, Fla., the recently opened La Goulue has named its chef, and the Eau Resort & Spa has its first head sushi chef. Down the coast in Fort Lauderdale, Burlock Coast has a new pastry chef. So does Annabelle in Washington, D.C.

Bazaar Meat by José Andrés in Las Vegas has a new executive chef, as does Cheever Tavern in Norwell, Mass., Clayton Members Club & Hotel in Denver and Ellie’s Restaurant & Lounge in Dallas.

Two soon-to-open restaurants, Osteria Georgi in Chapel Hill, N.C., and Simi Estiatorio in Austin, Texas, have also said who their chefs are going to be.