Barnes has been cooking in Chicago since 2007, most recently at Chromium Restaurant at The Hotel at Midtown. Her résumé also includes time working for the Alinea Group as well as Celeste, Hot Chocolate, The Publican and Moto.

Eddie Barrett is the new executive chef of King + Duke in Atlanta. He joined parent company Rocket Farm Restaurants, headed by chef and restaurateur Ford Fry, in 2016, working as sous chef at The Optimist and JCT Kitchen, both in Atlanta.

Justin Barroza has been promoted to chef de cuisine of Lone Eagle Grille at the Hyatt Regency Lake Tahoe Resort Spa and Casino in Incline Village, Nev., where he was previously banquet chef. Barroza started his culinary career as an extern at Bouchon Bistro in Yountville, Calif., where he worked his way up to chef de partie. He then worked as sous chef at Plumed Horse in Saratoga, Calif., before joining the Hyatt Lake Tahoe property.

Kirstyn Brewer is the new chef de cuisine at Winona’s, a modern European restaurant that opened in Brooklyn, N.Y., in November. She started her career at Victor Tangos in Dallas before moving to New York, working at Hunky Dory in Brooklyn before joining Winona’s.

Chris Cantrel is the Eau Palm Beach Resort & Spa’s first head sushi chef. A native of Portland, Ore., Cantrel got his start working at a local raw bar out of culinary school. He then moved to Orlando, Fla., and worked as sous chef at the Errol Estates Country Club in nearby Apopka, Fla., where he introduced sushi to the menu. He then joined the opening of Cowfish, the fusion sushi restaurant at Universal Studios in Orlando before joining the Eau Palm Beach team last year.

Dave Daniels is the new executive chef of Cheever Tavern in Norwell, Mass. Most recently he was culinary director for Boston-Area restaurants Six West, Wink & Nod and Southern Kin Cookhouse. He also has worked for MET Restaurant Group, Saltie Girl, Stephanie’s Restaurant Group, Oak Bar & Kitchen at the Fairmont Copley Plaza and Aragosta at the Fairmont Battery Wharf, all in Boston.

Brandon Duley is the new executive chef of Clayton Members Club & Hotel in Denver. Most recently he was chef de cuisine of Ardor at The West Hollywood Edition Hotel in West Hollywood, Calif. Prior to that he worked for that city’s Gjelina restaurant group with jobs that included handling its pickling and fermentation program, preserving hundreds of pounds of California produce each week.

Dontrell Ham is the new executive chef of South City Kitchen Vinings, in Smyrna, Ga. A graduate of Johnson & Wales University’s former campus in Charleston, S.C., Ham worked his way up the ranks in hotels and resorts, followed by onsite dining, before switching to independent restaurants, most recently as sous chef of South City Kitchen’s Buckhead location in Atlanta.

Mark Hopper is the new culinary director of Forza Forni, a supplier of Italian ovens based in Brewster, N.Y.. He is a veteran of the Thomas Keller Restaurant Group, having served as executive chef for casual dining as well as chef de cuisine of Bouchon Bistro and sous chef at The French Laundry, both in Yountville, Calif. He also had his own restaurant, Vignette Pizzeria, specializing in Neapolitan pizzas, in Sebastopol, Calif.

In his new role, Hopper is responsible for establishing a consulting program for customers as well as an education program in the test kitchen at the company’s headquarters. He also will create a recipe database.

Daniel Jackson has been named executive chef of Osteria Georgi, which is opening in his hometown of Chapel Hill, N.C., this spring. Jackson has spent much of his career working at Danny Meyer’s Union Square Hospitality Group in New York City, including three years at Eleven Madison Park, which was part of the group at the time. He later worked as executive sous chef of the group’s catering and events group before becoming executive chef of the Museum of Modern Art, overseeing USHG’s operations there.

He later became director of culinary for fast-casual rotisserie chicken concept Fields Good Chicken. He returned to Chapel Hill in 2020 with his wife and children to be near family.

Eli Kaimeh, who was chef de cuisine of Per Se in New York City from 2010 to 2017, is the new culinary director of Sails Restaurants in Naples, Fla., encompassing Sails Restaurant and two soon-to-open restaurants, Butcher and Sava. Prior to joining Sails, Kaimeh was executive chef of Tavern by WS in New York City, which is temporarily closed due to the pandemic.

Nikolaos Kapernaros has been named chef of Avli on the Park, which is slated to open in Chicago in April. Born and raised in Piraeus, Greece, Kapernaros has been working in restaurants for the past 20 years, including the Grand Resort Lagonissi in Athens, Greece, and the Hyatt Regency Chicago.

Originally from the island of Hokkaido, Kubo began training to make sushi in high school at age 15 and worked in sushi restaurants in Tokyo for 20 years, including more than a decade at Sushiden.

Dan Landsberg is executive chef of Ellie’s Restaurant & Lounge at the Hall Arts Hotel in Dallas. He has spent the past 11 years working for hotel management group ZaZa Hospitality, originally at Dragonfly in Dallas and later in broader operational roles across the company’s operations in Dallas, Houston and Austin.

Candace Ochoa has been promoted to executive chef of Bazaar Meat by José Andrés at the Sahara Las Vegas hotel. She had been the restaurant’s executive sous chef since 2018, and has been at the restaurant since it opened in 2014. She has been with Andrés’s ThinkFoodGroup for 10 years and was also involved in the openings of The Bazaar at the SLS Hotel in Beverly Hills, Calif., Bazaar Mar at the SLS Brickell in Miami Beach, Fla., and Mercado Little Spain in New York City.

Kwame Onwuachi, who gained fame as the executive chef of Kith/Kin in Washington, D.C., where in 2019 he won the James Beard Foundation Award for Rising Star Chef and was also named a Best New Chef by Food & Wine magazine, has joined that publication as a contributing executive producer. In that position, he will work with the editorial team to develop content across print, digital and video channels and play a role in the Food & Wine Classic in Aspen and its Best New Chefs Mentorship Program.

Onwuachi also will be the host of The Family Reunion, a multi-day event scheduled to be held in Middleburg, Va., in August of 2021 with Salamander Hotels & Resorts, that will celebrate diversity in the hospitality community.

Diego Sanchez has been named executive chef of Simi Estiatorio, a Greek restaurant slated to open soon in Austin, Texas. Born and raised in Peru, Sanchez attended culinary school in New York City and worked at fine-dining restaurants there before joining the team at the Baha Mar Resort in Nassau, the Bahamas. He joins the Simi team from there.

Pascal Sanchez is the new executive chef of La Goulue in Palm Beach, Fla., which opened in late 2020 as the first extension of the culinary landmark in New York City. Sanchez most recently was a chef for the Disney Restaurant Group — at Victoria & Albert’s, followed by Citricos and Enchanted Rose restaurants at Disney’s Grand Floridian Resort & Spa — and prior to that he had his own restaurant, MIA, in Montpellier, France.

Christian Velez is now the pastry chef at Burlock Coast, a waterfront restaurant at the Ritz-Carlton, Fort Lauderdale. He has spent more than a decade working at properties in South Florida, starting his career at Gianni’s at the Versace Mansion in Miami Beach. He went on to work at the Hard Rock Hotel and Casino in Hollywood, Fla., as assistant pastry chef before working in pastry at L’Atelier de Joël Robuchon in Miami. 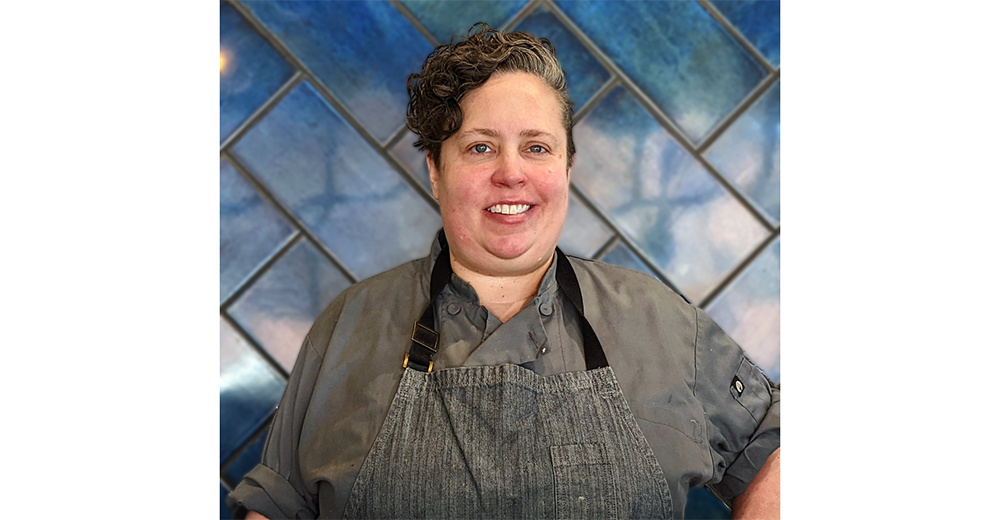 Next Up
Chefs on the move: Shuffles at Hai Hospitality, the new crew at Moon Rabbit and more
Start Slideshow ›