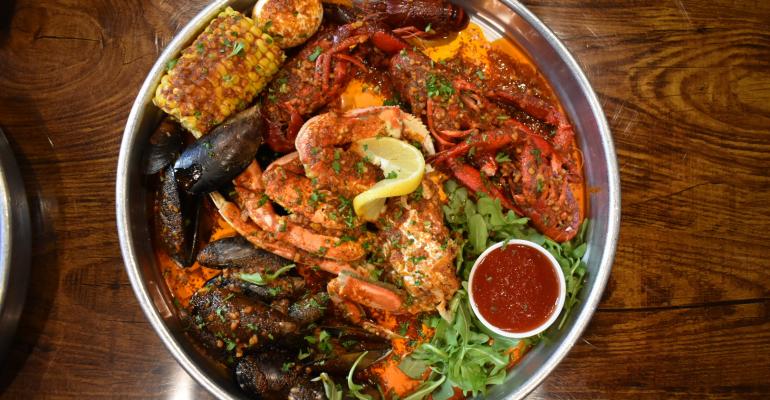 Dillon also runs The Boiler, one of Atlanta’s most popular seafood restaurants

Atlanta entrepreneur Chad Dillon has always had an eye for business: finding and capitalizing on underserved niches and markets. He got his start in tech, but in 2020, the 32-year-old turned his sights to hospitality and opened The Boiler, a seafood boil concept that quickly became one of Buckhead’s most popular restaurants.

Dillon credits much of this success to his recognizing a void in the market and filling it with a concept that he knew would be popular.

“Seafood was needed in the Buckhead area,” said Dillon. “There were no crab legs available in one of the busiest areas in Atlanta. I knew that if I put a restaurant there, it would be successful.”

Instead of taking the expected route and opening a second location of The Boiler, Dillon is opening six new restaurant concepts, plus a franchise. The new restaurants will be located across multiple neighborhoods and will likely be open within the next six months.

The first concept, Stix Asian Fusion Cuisine, will be an ambitious 10,000-square-foot restaurant with three floors and a rooftop in the heart of Midtown Atlanta. Dillon describes it as high-end Asian, similar to Mr. Chow in New York City or Tao — the popular concept with locations in Los Angeles, Las Vegas and New York City. The menu will feature dishes like Peking duck, Indonesian chicken satay, and salt and pepper lobster.

The second concept, Sugarcane Caribbean Cuisine, serves Jamaican food inspired by Dillon’s mother, who has Caribbean ancestry. The downtown restaurant will offer sit-down dining and a full bar. The next concept, Sugarbaby Rolled Ice Cream, will be opening in Buckhead near The Boiler. Dillon noticed an uptick in the popularity of rolled ice cream on the West Coast, but there are few options in Atlanta for the frozen treat, which is made by rolling ice cream on a cold slab combined with a patron’s choice of toppings.

Shisha Speakeasy & Hookah Lounge will serve a different clientele as a business-oriented spot where guests can sip tea and work on their laptops while partaking in 120 hookah flavors. Dillon said the lounge will eventually serve alcohol.

The Hibachi Hibachi Foodtruck features Dillon’s favorite food and dining experience on wheels. The food truck will roam the city’s different neighborhoods and cook meat, seafood, and vegetables in front of walk-up diners.

The fifth concept, Vegan Me, is a cloud kitchen concept serving milkshakes and burgers, including a vegan shrimp burger, that is available via mobile ordering and will deliver in a 10-mile radius around midtown.

Finally, Dillon is opening a franchised location of JJ Fish & Chicken. The popular fried fish and fried chicken restaurant already has multiple locations across Georgia, including one in Atlanta, but Dillon’s store will be the first in midtown. Set to open in November or December, it is located inside a new modern building “provides a face lift to the typical JJ’s franchise,” Dillon says.

“I wanted something in every area of the hospitality business, from fried chicken to Asian fusion to ice cream,” Dillon explained. “Whatever you’re in the mood for, we’ve got.”

Dillon is plenty busy right now with The Boiler and upcoming concepts, but he’s not done with expansion plans just yet: He hopes to soon develop restaurants in Miami and Houston, whether by expanding his current concepts or creating new ones. He also hopes to extend his business into food service at hotels, colleges, and hospitals.