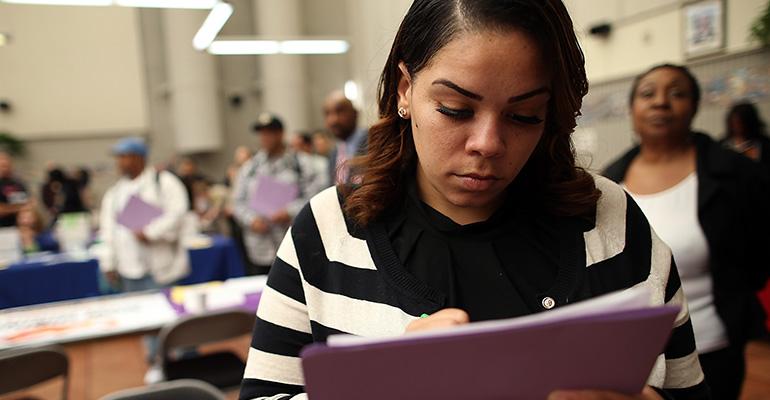 Why pre-employment tests are crucial

Note: This blog was written by Shweta Singh, a Kent State University graduate student, with the guidance of her advisor, Dr. Swathi Ravichandran.

As the hospitality industry continues to deal with high year-over-year expansion amid mounting employee turnover, hiring the right employees with the intention of retaining them is more important than ever. Positions in restaurants and hotels were ranked a staggering number two on the list of top 10 hardest jobs to fill, according to ManpowerGroup’s annual Talent Shortage Survey conducted in 2014. Hospitality employers need to focus not only on filtering out a candidate who won't perform, but also on hiring candidates who are the best fit for the organization and job so they are likely to stay for a longer period. It is no wonder that employers are increasingly turning to pre-employment tests to assist with employee selection.

Use of prehiring assessment tests by large employers in the U.S. grew from 26 percent in 2001 to 57 percent in 2013. This increase has been attributed to a number of benefits including improved job performance, time and cost savings in the selection process and decreased turnover. For example, Sonny’s Real Pit Barb-B-Q, a 152-unit Florida-based chain, saw its annual hourly employee turnover drop by 30 percent within one year of implementing a standardized personality prescreening test; its annual management turnover rate dropped to below 20 percent.

The lower cost of effective software-based assessments has enabled smaller companies to also adopt these tests, resulting in an increase in the adoption of pre-employment tests. Once employers determine the traits and characteristics of top-performing employees, this information is used to screen new hires. According to a survey by the American Management Association, “Almost 90 percent of firms that test job applicants say they will not hire job seekers when pre-employment testing finds them to be deficient in basic skills” (Greenberg, 1996, p. 24).

Here are the different types of pre-employment tests used in the hospitality industry.

Employee-related drug abuse costs U.S. businesses up to $100 billion annually; substance abusers are also more likely to have workplace incidences and are 2.5 times more likely to be absent from work, according to the International Risk Management Institute. According to a recent report by the Substance Abuse and Mental Health Services Administration, one out of every five restaurant and hotel employees uses illicit drugs, giving the hospitality industry the highest incidence of abuse compared to other U.S. employers. So it’s not a surprise that many hospitality employers resort to pre-employment drug tests in order to maintain a safe and productive work environment. However, with marijuana being legal in some states and potentially more, pre-employment drug testing has become a legal minefield for prospective employers. Remember when the Washington DC city council passed a temporary law that banned employers from drug testing a job candidate before there is a conditional offer of employment?

Workplace personality testing has emerged as a $500 million annual business growing at 10-15 percent a year. Personality refers to the instinctive and psychological configuration that guides individuals’ choices and behavior; personality testing is often used in an attempt to help determine the interests, motivations, and broad behavior patterns of candidates and incumbents.

At some point, using a pre-employment test to help gain insight into potential future employees may appear lucrative. But can personality tests help you prevent a costly hiring mistake? Sadly, the answer is no. Let’s be honest; multiple-choice questions can't really get at all the complexities of our personalities. That could be the reason some companies such as Whole Foods Market are moving away from engaging in personality testing, but mostly it is due to potential for overt forms of discrimination and mixed results about the effectiveness of the personality screening process.

GMA has been touted as one of the best predictors of individual job performance (reflecting both technical and interpersonal dimensions) because it can dictate how quickly an employee can acquire the necessary job skills and knowledge. Given the importance of doing things right in guest service, one can easily see the importance of hiring someone who is quick on the uptake. Many GMA tests are easy to administer and inexpensive. Some tests can be completed in just 15 minutes and cost only a few dollars per applicant. Even though GMA is the strongest predictor of job performance, hospitality managers tend to place a higher value on personality traits; thus not necessarily making the best hiring decisions.

The U.S. Chamber of Commerce estimates that annual loss due to employee theft can range from $40 to $400 billion and contributes to the failure of about half of small businesses within the first year. This total is 10 times the value of street crime losses annually in the U.S. Costs associated with employee theft in the restaurant industry have been estimated at $3 to $6 billion annually. To combat this personnel issue, employers have turned to administration of honesty tests, which are psychological instruments that claim to identify applicants who have a propensity toward dishonesty or irresponsibility. Integrity tests can either be in the form of overt integrity tests or personality-based tests.

In 2005, Hospitality Management Corp. applied pre-employment integrity testing at one of the hotels they oversee to identify applicants likely to be dishonest, take dangerous risks or engage in other undesirable behaviors. Within six months, workers’ compensation claims went down among new hires. Since then, the 850-employee Dallas-based company has used integrity testing at all of the properties it manages, and the savings from screening out potentially expensive employees more than makes up for the cost of administering integrity tests due to a substantial reduction in the number of workers’ compensation claims.

Integrity tests are not expensive to administer and they provide measurable results. In addition, individuals who score high on honesty tests have also been found to be more productive. In comparison, both credit checks and criminal background checks provide historical data that don’t necessarily predict future behavior. Both also face growing legal and legislative scrutiny.

Pre-employment tests can help hospitality employers make informed, objective decisions. Finding a test that predicts employee success on the job moves a manager one step closer to hiring people who can make their team better. However the challenge rests in finding the right set of tests for a job. If you want to recruit, hire and retain the right people every time, identify the crucial job skills and educational level, then outline the soft skills and traits that would enhance employee performance. Once you know what you want, employ reliable, effective and fair pre-employment testing to make smarter hiring decisions.