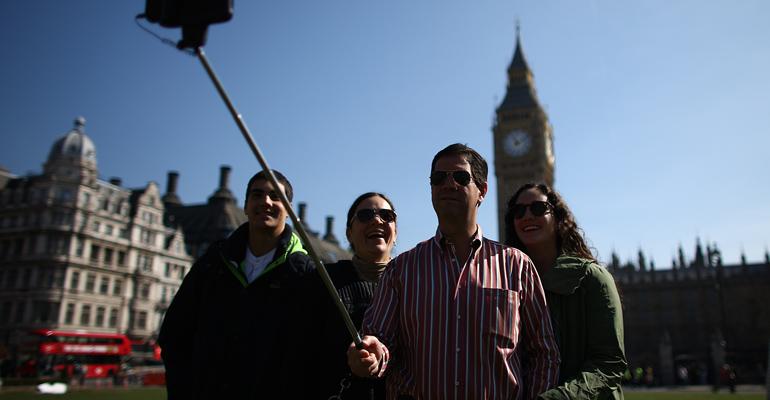 Go ahead, take that vacation

Note: This blog was written by Shweta Singh, a Kent State University graduate student, with the guidance of her advisor, Dr. Swathi Ravichandran.

Work, sleep, repeat. When was the last time you took some time off to go on a vacation or simply to relax? The numbers say Americans are logging more hours of work a year now than we ever have. In the U.S., we work until our hearts give out, literally.

Most American workers get two weeks off during a year. Many U.S. companies do provide vacation as a way to attract and retain workers. However, because American employers are not bound by law to offer paid leaves, almost 25 percent of Americans do not receive any paid leave at all. The U.S. is actually the only country among the members of the Organization for Economic Co-operation and Development (OECD) that does not mandate any paid time off to workers. When comparing the U.S. to other developed nations, workers in Australia, Austria, Denmark, Sweden, France, the United Kingdom, Spain, Switzerland and Italy get a statutory minimum 20-25 days of paid leave every year. In countries including Mexico and Japan, the statutory minimum for paid days off ranges from 6 to 20, in addition to public holidays.

The U.S., in fact, is a member of a small group of nations (including India, Pakistan, Nepal and Sierra Leone) with no statutory requirement for minimum paid vacation.

The real question, however, is should the U.S. government or the private sector be blamed for not setting statutory minimum vacation days when Americans don’t use the holiday time they are allowed? According to a study conducted by Oxford Economics, in 2013, 42 percent of employees did not use all of their time off. In total, this underutilization of leave equaled 429 million unused days. According to a “vacation-deprivation” survey conducted by Expedia, the U.S. tops the list of countries with the most unused vacation days.

Why don’t Americans utilize their vacation time? According to a study conducted by Oxford Economics for the U.S. Travel Association, the most common reason people couldn't get away was because of, well, work. Nearly 34 percent of employees indicated that their employer neither encouraged nor discouraged leave, while 17 percent of managers considered employees who use all of their time off to be less dedicated. Four in 10 American workers said their employer supported time off, but their heavy workload kept them from using their earned days.

Here are a few reasons why you should leave your workplace and take that time off that you earned.

1. You are working for free. As per a study by Oxford Economics called “All Work and No Pay: The Impact of Forfeited Time Off,” American workers lost 169 million days of paid time off in 2013. These are the days that could not be rolled over, could not be paid out, were not banked or used for any other benefit. In other words, American employees capitulated $52.4 billion in benefits. Hence the value of an unused vacation day is $504 per employee. This means you are doing $504 of free work by not taking a day off.

2. Negative impact on career. Contrary to what employees may believe, Oxford’s analysis finds no link between working longer hours at the office and getting a raise. In fact, employees who left 11-15 days of PTO unused last year were 6.5 percent less likely to have received a raise or bonus in the past three years than those who used all of their PTO.

3. Health-related issues. Oxford’s study found a connection between people not using their PTO days and those who reported feeling “very” or “extremely” stressed at work, particularly for those employees who leave more than 11 days unused. According to researchers at the State University of New York, Oswego, men at risk for heart disease who skip vacation five years in a row are 30 percent more likely to have a heart attack than those who took a week off each year. Even just skipping one vacation increases the risk.

4. Damage to the national economy. By being ‘No vacation Nation’ citizens, the American workforce is not only stressing itself but also affecting the nation’s economy. If American workers used all of their available time off, the U.S. economy could see an additional $160 billion in total business sales each year, supporting 1.2 million new American jobs. Furthermore, this additional economic activity could generate more than $21 billion in taxes. If employees would take just one additional day of earned leave each year, it would have a $73 billion impact on the economy.

5. Personal relationships are threatened. By leaving your time off on the table, you might also be losing quality time with your loved ones. Project: Time Off’s study, “The Work Martyr’s Affair: How America’s Lost Week Quietly Threatens Our Relationships,” explains how.  Key findings of this project suggest that employees who don’t take their time off miss out on quality time with their significant other (85%), their children (85%) and themselves (81%). One in three (36%) couples were found to have argued over lack of the quality time for each other. The majority (74%) of employees who were encouraged to take their time off reported being “extremely” or “very” happy with their relationships with family and friends.

6. Productivity is suffering. Working extra hours doesn’t make Americans any more productive. If that were the case, America would have been on top of the “Global Competitiveness Index,” but it falls behind Switzerland and Singapore where employees enjoy at least 20 days of paid leaves. Germans have six weeks of federally mandated vacation time a year but have productivity levels similar to Americans’. In a study conducted in Europe by Zenger/Folkman, a leadership development consultancy, employees in countries where people  take more vacations were found to be more efficient and motivated to deliver more. Robert Kriegel, the author of "How to Succeed in Business without Working So Damn Hard," in an interview with CNN also agreed and said the "best ideas people ever get are when they're away from work.”

As a country, The U.S. needs to start evaluating output by results and not the number of hours spent at work. A full, productive 40-year career starts with full, productive 40-hour weeks. Maybe the U.S. employers need to encourage vacations by mandating leaves for a self-motivated, healthy, and productive work force? And America, if you want a happy, healthy and fulfilling life with a flourishing career, leave your work post and live a little. Take those vacation days because you’ve earned them.