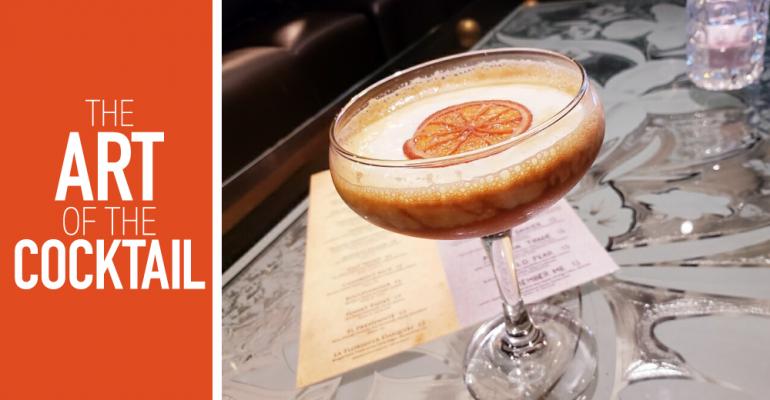 People don’t just eat with their eyes; they drink with them, too. Well, technically they don’t do either, but a beverage’s looks can go a long way in convincing customers to try it, as the stunners that won this year’s Best Cocktails contest indicate.  Visual appeal is behind one of the top trends in alcoholic beverages: The use of the butterfly pea flower, which is made into a vibrant blue tea that makes cocktails such as the Mood Ring at Antique Bar in Hoboken, N.J., and the Earth Rise at The Annex in Flagstaff, Ariz., so eye-catching.

Flavor matters, too, of course, and another hot ingredient, Chartreuse, is both beautiful and delicious.

Whether it’s brilliant yellow or soothing green — it’s the latter in the Melancholy Baby at Bank Café in Napa, Calif. — this potent, cooling liqueur speaks of both sophistication and refreshment.

Foam has visual appeal and flavor and, if done right, agreeable texture, which might be why it has such staying power and remains a trendy technique. In the You’re a Prima Ballerina on a Spring Afternoon at Sidecar in San Luis Obispo, Calif., it’s also vegan, made with chickpea water instead of the usual egg white.

Classic cocktails are back on trend, of course, which is why so many updated versions of the Manhattan were submitted this year, and so are neo-classics — hence the uptick in reinvented cosmopolitans.

As far as base spirits go, rum is on the rise with its versatility, tropical image and low cost compared with other brown spirits, but there’s also a new ingredient in town: cannabidiol, or CBD. This non-psychoactive derivative of hemp is highly regarded for its reputed curative qualities, but its appeal more likely comes from the fact that, although it’s now more-or-less legal in many states, it still seems naughty, adding to the desirability of drinks like the Blueberry Yum Yum at Sea Sea Riders in Dunedin, Fla.