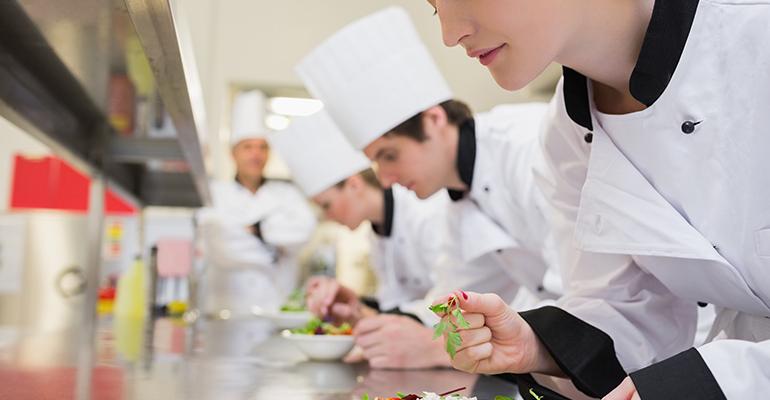 The move by Career Education Corp. comes at a time when restaurant operators across the country are struggling to recruit back-of-the-house talent.

For-profit schools, however, have been under increased scrutiny in recent years after lawsuits and federal probes raised questions about what some described as predatory practices, charging hefty tuition for degrees that likely resulted in minimum wage jobs.

Le Cordon Bleu will no longer enroll new students after the January 2016 cohort begins classes, Career Education said. Those currently in a program who are making reasonable academic progress will be able to complete their program, or “teach out.” All 16 campuses are expected to remain open until September 2017.

“New federal regulations make it difficult to project the future for career schools that have higher operating costs, such as culinary schools that require expensive commercial kitchens and ongoing food costs,” says Todd Nelson, Career Education’s president and c.e.o. “Despite our best efforts to find a new caretaker for these well-renowned culinary colleges, we could not reach an agreement that we believe was in the best interests of both our students and our stockholders.”

Career Education also ran the California Culinary Academy, which was the target of a class-action lawsuit several years ago filed by students who argued that they’d been defrauded by the school’s boast of high placement rates. The lawsuit was later settled.

The company, which plans to refocus on online university education, is looking for a buyer for the school’s campuses across the country.

Robert Krzak, president of recruiting firm Grecko Hospitality, says the closure of Le Cordon Bleu will not have a serious impact on the industry.

“Fortunately for us in the United States there are plenty of great culinary schools,” he observes. “While it’s unfortunate to see a great institution close its doors, culinary students will not be deprived in any way from choosing a great culinary school to become the next Bobby Flay or Emeril Lagasse.”