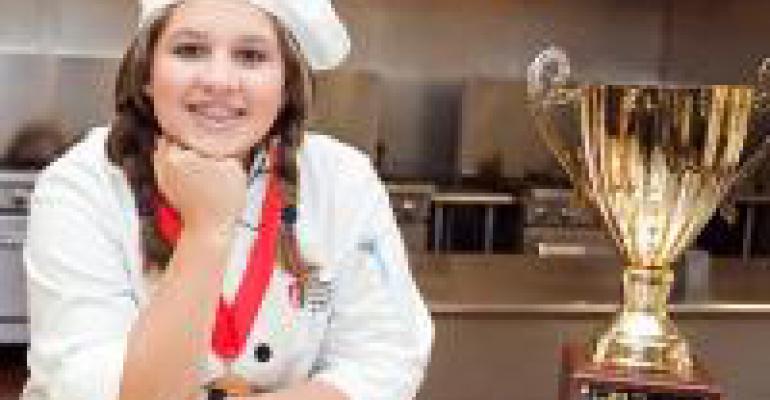 Could The Culinary Labor Pool Dry Up?

Let’s hope full-service restaurants don’t get caught in the crossfire of the federal crackdown on for-profit colleges that includes private culinary schools. These institutions are an irreplaceable source of well-trained, motivated and, dare we say it, low-cost employees. New federal rules are on the way, but let’s hope the pending settlement of a class-action lawsuit against California Culinary Academy is the end of it.

How valuable is it to have a for-profit culinary school in your town? Restaurant operators in Norfolk, VA, are still trying to adjust to life without the local branch of Johnson &Wales. The Norfolk branch of this well-regarded culinary school produced 2,000 graduates in 20 years of operation before pulling up stakes and moving to Charlotte, NC in 2006.

While it was in Norfolk, the school provided local restaurant operators with a seemingly bottomless pool of restaurant employees who had already invested big money into their culinary educations and were eager to gain all the on-the-job training they could get at local restaurants. Interns, externs, part-timers during the school year—we wonder how Norfolk operators have filled all these positions since the school closed its doors.

Much the same happened in Charleston, SC. That J&W branch there also closed in 2006 and it, too, moved to Charlotte. Charleston remains a great restaurant town, but it just has to be harder to find up-and-coming culinary talent to hire there than it was in the J&W days.

Culinary schools like J&W, the Culinary Institute of America, the Art Institutes and California Culinary Academy aren’t necessarily the primary targets of the federal probe of for-profit schools. That effort is directed at schools whose overzealous financial aid counselors help prospective students acquire federal grants and student loans, the proceeds of which go to the school upfront. When students drop out later—something they do at staggeringly high rates at certain schools—there’s no refund. The dropouts wind up with huge debts and no job. Overall job placement rates for students who stay the course at some schools aren’t up to snuff, either, some critics say.

California Culinary Academy (CCA) won’t be keeping all the tuition money it took in between 2003 and 2008. The highly regarded school’s settlement in a class action lawsuit brought by ex-students calls for it to return up to $20,000 apiece to 8,500 students who went to the school during that period. In all, the settlement would cost the school $40 million.

CCA is owned by publicly held Career Education Corporation, which operates for-profit schools on 90 campuses in the U.S. in Europe, among them 17 Cordon Bleu culinary schools. So CCA should have the money to pay this whopping settlement. Published reports put the dropout rate for all of Career Education Corporation’s schools at 62 percent for the 2008-2009 school year.

The CCA students’ lawsuit revolved around the issue of the rate and quality of job placements students received after paying $46,000 in tuition. Entering students say they were told the school’s placement rate was 98 percent.

“This rate is a lie,” the lawsuit states. “The placement statistics included non-professional entry level jobs like prep cooks, $8-$12 an hour line cooks and Starbucks baristas. That culinary degree was not a prerequisite or even relevant for many of the included jobs.”

You may be tempted to say, “Just got out of culinary school and you’ve got a line cook job? Hey, that’s how the industry works. But if you made it through CCA and have any skills at all, you’re probably going to move up fast.”

Perhaps the complainants in the suit had unrealistic assumptions about what they’d be doing when they finished school. But their larger concern now is that they can’t begin to pay off their school debts on a line cook’s salary.

This situation may change going forward when a proposed federal rule dealing with for-profit schools’ ability to tap into student aid programs gains final approval. Schools will have to meet new standards for their graduates’ income and loan-repayment rates if they want to have continued access to the federal funds that help them attract new students. This proposed rule should become final in the next couple of months.

From the restaurant operator’s perspective, it was a perfect world when a CCA student or other culinary degree holder hired on to work a prep cook or line cook job. These applicants were well-trained—on their own dime, not the restaurant operator’s—and enthusiastic. Where are operators going to find similar employees if the new federal rule makes it more difficult for aspiring chefs to fund their culinary studies?

Our advice to operators right now is to work even harder to forge ties with any culinary program you can. These schools are doing the industry a big favor by providing in-depth training to prospective employees, at no charge to you. It’s a pipeline you want to keep flowing.