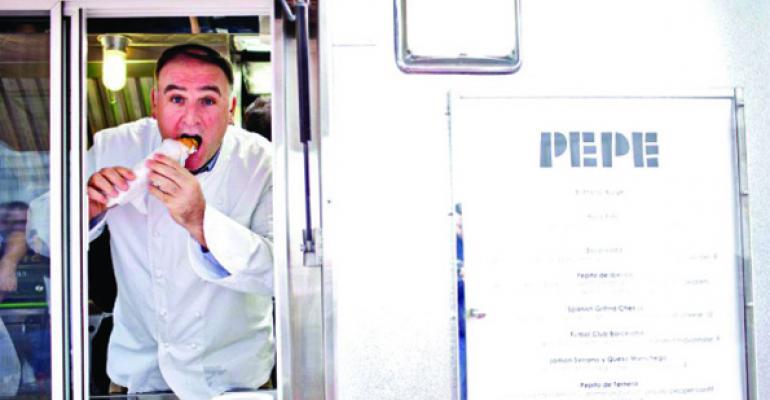 If you’re working in a restaurant and you’ve fantasized about starting up a food truck, your time may have come. The food truck boom shows no sign of cooling off, and in fact may still be gathering speed. Whether you see trucks as the fast track to having a restaurant of your own, as a nontraditional route to becoming a celebrity chef or even as a sexy way to extend your current restaurant’s brand, food trucks can make these dreams come true.

Last month, Dave and Chris Hanley, owner of Los Angeles-area pizza truck SliceTruck, threw open the doors on their first permanent location. SliceTruck the Restaurant leverages the reputation these two brothers have built since debuting their truck in 2009. Their hook: quality pizza, and an aggressive attitude about it.

Creating a traditional restaurant based on a proven food truck brand is no slam dunk. The key attraction of any truck is that it comes to the customer. When customers have to travel to a permanent restaurant featuring that same brand, all of a sudden they’re getting a different experience. The operators find themselves playing in a league where there’s a lot of competition and both service and ambience matter.

That’s a particularly tall order in the pizza business, where tasty alternatives are a dime a dozen. But the Hanleys think they’ve found an edge: use flour made from a costly ancient grain to produce a much-superior crust.

“High-quality ingredients are something we have always made a priority at SliceTruck, from the tomatoes that come from Italy to the fine cheese we top the pizza with,” says Chris Hanley. “So using a more nutritious, organic ingredient like kamut wheat flour to make our crusts was really a no-brainer.” He says SliceTruck the Restaurant is the first place in the U.S. to offer it. 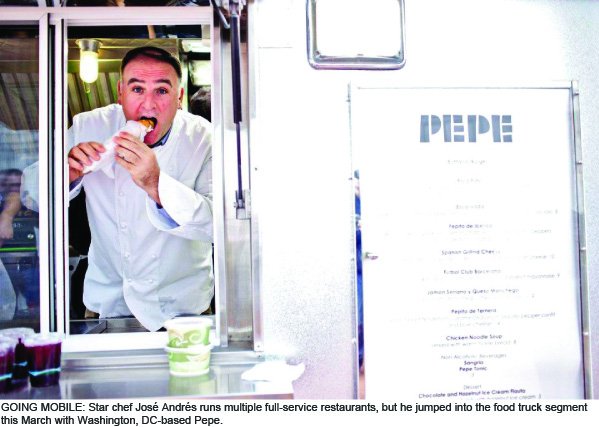 The Hanleys argue that “it makes no sense to make this pizza that we’re making as a business when you can take $1.13 in ingredients and sell them for $15 and no one says a word,” the Hanleys write on their blog. “It’s just too easy, but that’s not what we’re doing.”

Instead, they’re aiming at the high end. Pizza slices at the restaurant retain their food truck-level pricing—$3 per. But large 14-inch pizzas go for $14, with toppings costing $3 each, and 18-inch extra-larges are priced at $20, with each additional topping costing $4. An extra-large BBQ chicken pizza costs $29.

Product endorsements used to be the exclusive province of TV chefs, but now a quartet of food truck owners have gotten in on the action. They’ve hooked up with the Canola Council of Canada to create the Street Eats Recipe Collection, housed on the council’s www.canolainfo.com site.

The four—Josh Henderson from Skillet Street Food in Seattle; Aaron Crumbaugh of Chicago’s Wagyu Wagon; Frankie Francollo of the Cupcake Crew in New York City; and Eric Silverstein of the Peached Tortilla in Austin, TX—created two recipes apiece featuring canola oil, basing them on their trucks’ most popular items.

Those recipes were then made available via social media platforms including Facebook and Twitter. It’s one area where food truck proprietors, whose many Facebook friends and Twitter followers track their every move, have a big edge over traditional chef-endorsers, be they TV stars or not. Truck chefs are natural partners for food manufacturers and commodity boards that want to use social media to spread their messages in the foodie community—which you can bet all of them do.

And if you already are a celebrity chef—perhaps the biggest one—would you have any interest in joining the food truck game? The always-energetic José Andrés (2011 James Beard Award/Best Chef) did, debuting his truck Pepe this March. He’s offering a rotating selection of flautas—elongated, rolled Spanish-style sandwiches whose shapes make for easy grab-and-go dining.

Andrés has much-honored restaurants in several cities, but he and his Think Food Group truck crew are still all over Twitter and Facebook cultivating new customers for Pepe. If someone like Andrés thinks trucks are the way to go, why not you?
TAGS: New Restaurant Concepts Operations
0 comments
Hide comments
Recommended Reading