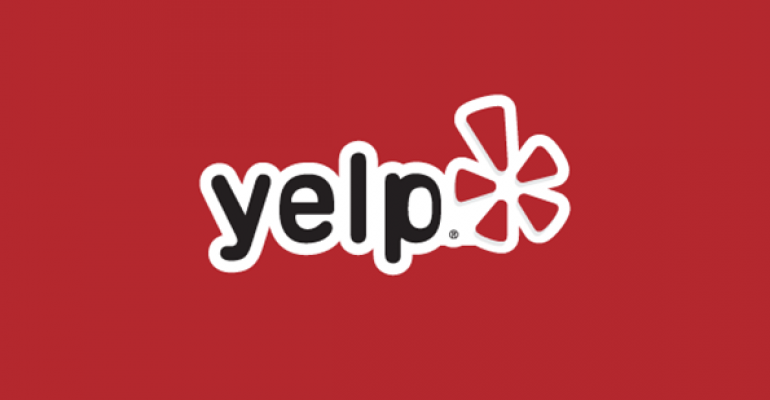 Does it drive you crazy when your place gets an unfair write-up on Yelp? Well, fasten your seatbelt. City governments want to start scanning Yelp reviews for food safety and sanitation-related words that, if found, will trigger a health inspection for your restaurant pronto, even if it just passed one with flying colors. The goal: increase the dining public’s  “hygiene awareness.”

Consumers already have plenty of access to information on this front. Yelp itself posts health department scores on individual restaurant business pages for a handful of cities, including San Francisco and New York:

Consumers elsewhere can look up their local inspection results online. A few cities have adopted a letter-grading system that instantly communicates a restaurant’s level of cleanliness to potential diners before they walk in the door.

But some advocates want to further increase the level of scrutiny given to restaurant food safety practices. The idea is that Yelp reviewers will report unsafe food-handling practices and sanitation issues whenever they see them.

“Yelp has amassed about 67 million reviews in the last decade. So it’s logical to think that these platforms could transform hygiene awareness too—after all, people who contribute to review sites focus on some of the same things inspectors look for,” argue Harvard Business School professor Michael Luca and Yelp director of public policy Luther Lowe.

It seems like a good approach, assuming Yelp reviews are a reliable and unbiased source of valid information about restaurants. Luca himself has previously argued they aren’t. Sixteen percent of Yelp reviews are fraudulent, he reports in a research paper titled “Fake it Till you Make it: Reputation, Competition and Yelp.” “When restaurants face increased competition, they become more likely to receive unfavorable fake reviews,” he notes.

But even knowing that one in six Yelp reviews is bogus, Luca and Lowe still think Yelp is a treasure trove of valuable data waiting to be mined. They say tapping into consumer review sites is one method government agencies can use to coerce restaurants into keeping their premises clean.

“It turns out that one way user reviews can transform hygiene awareness is by helping health departments better utilize their resources,” the pair write. “The deployment of inspectors is usually fairly random, which means time is often wasted on spot checks at clean, rule-abiding restaurants. Social media can help narrow the search for violators.

“Within a given city or area,” they continue, “it’s possible to merge the entire history of Yelp reviews and ratings—some of which contain telltale words or phrases such as ‘dirty’ and ‘made me sick’—with the history of hygiene violations and feed them into an algorithm that can predict the likelihood of finding problems at reviewed restaurants. Thus inspectors can be allocated more efficiently.”

This methodology looks good on paper. But the official rate of phony reviews acknowledged by Yelp—repeating, it’s one in six—might cause many restaurant operators to take pause. You can bet the haters who were already posting fake negative reviews about your restaurant will be rubbing their hands with glee over this new way to stir up trouble.

Luca and Lowe don’t see a downside here. “Uses of social media data for policy, and widespread dissemination of official data through social media, have the potential to become important means of public accountability,” they write.

Restaurants owners view it differently. Those who have been on the receiving end of unfair and even made-up Yelp reviews don’t put much faith in social media data. Some aren’t sure Yelp reviews fit the definition of “data.” As TV host and restaurant owner Andrew Zimmern puts it, “Yelp essentially gives a tremendous forum for a bunch of uninformed morons to take down restaurants.” Let’s hope your city or county officials decide to set their restaurant inspection agenda some other way than the one Yelp and Luca are suggesting here.