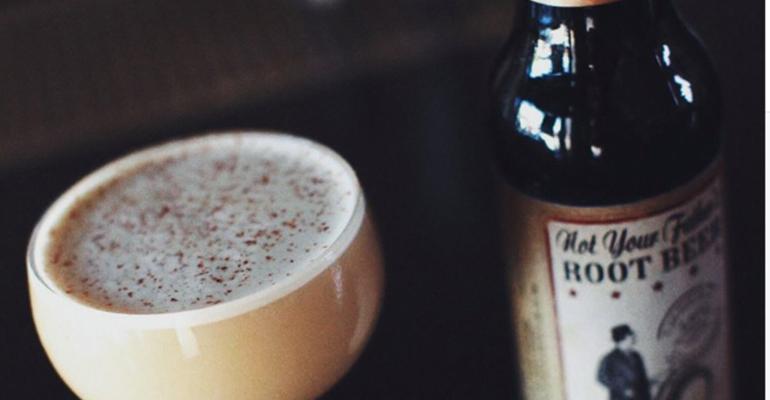 <p>Small Town Brewery&#39;s Not Your Father&#39;s Root Beer is among the new breed of hard sodas new to the market.</p>
Trends

Right now, hard root beer and other sodas are below-the-radar beverages not yet available at most restaurant bars. But that could change in 2016 as brewing industry heavy hitters including Anheuser-Busch InBev, MillerCoors and Boston Brewing Company race to build out national distribution of their new hard soda brands. These companies think there’s plenty of money to be made in this emerging category; restaurants operators should, too.

Alcoholic beverage trends typically develop from the bottom up. Craft beer got its start with entrepreneurial local brewers, then worked its way into the mainstream as larger companies got involved and gave it wider distribution. Restaurant operators made a bundle along the way. Much the same is taking place with craft cider, although on a much smaller scale. But hard soda is mostly being driven from the top down. Beer-brewing giants see these products as must-have components of their corporate portfolios going forward. Here’s how Anheuser-Busch’s Rashmi Patel describes his company’s Best Damn Brewing “brand platform” strategy. The company began shipments of its first product, Best Damn Root Beer, in mid-December.

"We are seeing more and more consumers gravitate to different styles and different palates wanting things that are not just the traditional beer taste,” he says. “We want to make sure that consumers who are experimenting, when they don't want to have one of our core beers, that they were coming to our portfolio."

Anheuser-Busch isn’t the only brewing giant to see opportunity in the hard soda category. MillerCoors, a joint venture between SABMiller and Molson Coors, will launch its Henry’s Hard Soda line this year. Samuel Adams parent Boston Brewing Company is a backer of Coney Island Hard Root Beer. Pabst Brewing has ties to and provides national distribution for Not Your Father’s Root Beer.

The success of this latter product, an obscure craft brew just a couple of years ago, is what’s fueling all the interest.

“The hard soda party kicked off in earnest in June with the national launch of Not Your Father's Root Beer, which was created by Small Town Brewery in Illinois and is now owned and distributed by Pabst Brewing,” reports CNBC.

The brew rocketed to the top of sales charts to become the third best-selling craft beer brand in stores between Jan. 1 and Nov. 29, according to Chicago-based market research firm IRI. Through Nov. 1, Not Your Father's Root Beer has generated sales of $75 million in stores, outselling long-time craft brands like Samuel Adams Boston Lager, New Belgium Fat Tire and Lagunitas IPA.

The hard soda category is still being defined, but is already big enough to measure. Hard root beer sales totaled $111 million in 2015. The next entrants into this category include hard ginger ale and hard orange soda and/or orange cream ale. These additional flavors should drive sales numbers higher.

The U.S. Treasury Department’s Alcohol and Tobacco Tax and Trade Bureau classifies hard sodas as “malt beverage specialties—flavored category.” That flavor is indeed the key. Customers report that hard root beer, for example, tastes exactly like soft root beer, despite its alcoholic content. Other “alco-pops”—hard lemonade, shandies, even hard iced tea—have a taste that’s similar to, but not quite the same as, their alcohol-free versions.

So should your restaurant stock hard root beer or another hard soda item, perhaps even putting it on tap? Keep two factors in mind as you ponder your decision.

One is that the collective marketing push from the beer brewing giants should stir up plenty of interest among potential customers. The second is seasonality. Hard root beer in particular has been a strong seller during the summer months. If that’s a busy time for your restaurant’s bar, hard root beer or hard soda might be worth a try.

A hard root beer float could be a strong-selling drinkable dessert for many operations. It’s a sugar rush plus a beer buzz—definitely a party in a glass, especially if made with Small Town Brewery's 19.5 percent alcohol version of its hard root beer.

Hard root beer and other hard sodas might turn out to be a passing fad. But 2016 looks like a good year to test whether they could become profitable niche beverages for your operation, particularly during the summer months.