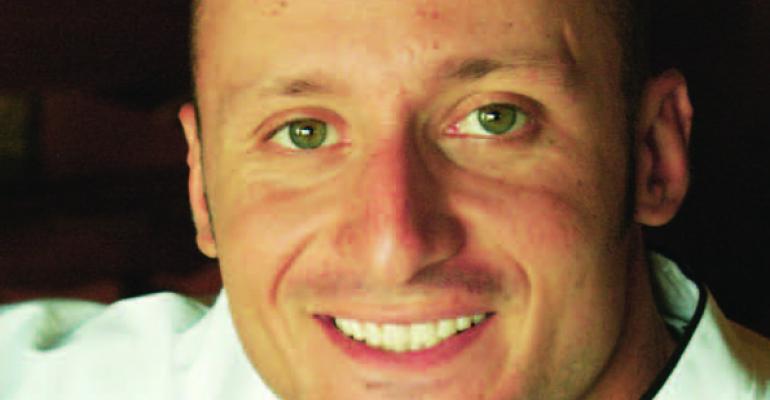 Cutting-edge Latin food at Tamarindo just didn't cut it with the beautiful people of La Jolla, so owner Sami Ladeki deepsixed the idea and replaced it with an upscale seafood restaurant called Fresh. Several young topgun chefs were called in to audition for the gig, and Mathew Zappoli got the nod. A few years earlier, right out of the CIA, Zappoli was hired to work at Charlie Palmer's legendary Aureole. His abilities were so far beyond that of his contemporaries, Palmer sent him out west, where he quickly became executive sous chef of the Las Vegas outpost of Aureole. It's a $11 million, 375-seat mind-blower in the Mandalay Bay Hotel, and he was responsible for its day-to-day culinary operations. Zappoli's resume got him the look-see at Fresh, but it was his finesse that got him the job as executive chef. If the people of La Jolla and nearby San Diego know anything about food, it's seafood, and Zappoli is pulling out all the stops with offerings such as soy-balsamic-lacquered black cod. The 26-year-old recently got an invite to cook at the Beard House in New York City, and he caught the eye of Bon Appetit, which recently named him to its list of "Five Chefs to Watch."