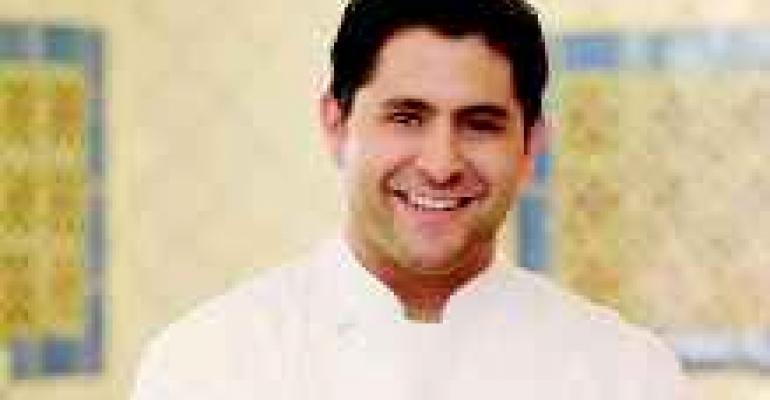 New York City's Cru is an enophile's wet dream. So extensive is its 65,000-bottle wine list , that it's presented in three leatherbound books. So, you'd think that most who visit the Greenwich Village hot spot are coming foremost to swirl and sip, not eat. That might be the case if the kitchen was in the hands of anyone less talented than executive chef Shea Gallante. Consider this accolade from New York Times critic Frank Bruni: "If Cru is the devil's playground . . . (Chef Gallante) is . . . well, a demon in the kitchen, and he and Bacchus are clearly tight." The demon comment relates to Cru's cursed location, which has doomed several previous restaurants. But they didn't have in their kitchens Gallante, who cooked for Lidia Bastianch at Felidia and David Bouley at his eponymous restaurant, both in New York City. Gallante describes his cooking as modern European, which reflects his experience as chief de cuisine at Bouley. But his style is decidedly modern Italian, which is apparent in menu offerings such as his selection of raw, seasoned fish called Crudo. Travel & Leisure, which recently named Cru to its 2004 list of Best New American Restaurants, says Gallante is discreetly pushing the envelope with dishes such as veal cooked sous vide, while delivering plenty of Italian-accented charm. "A dish of sea urchin risotto makes you see Venice," it wrote. The New York Sun concurred, writing: "Mr. Gallante is simply pushing the limits of conventional cuisine, with equal parts sense of humor and sense of adventure."