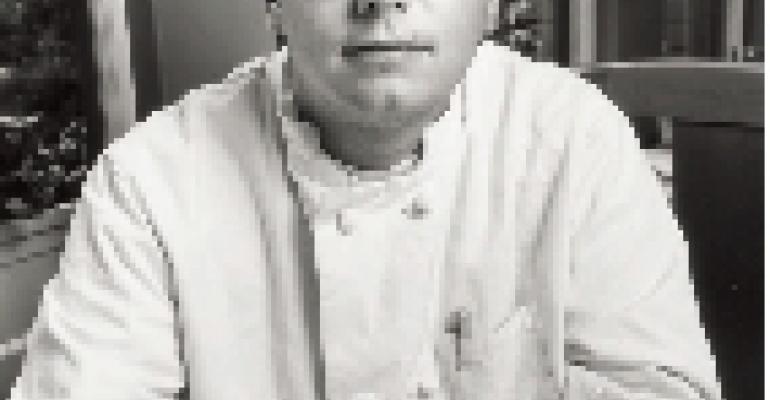 Age: 30. Why he's rising: New Heights has had a remarkable history of attracting young talent, and more than a few are saying he may be the best yet. Background: A C.I.A. graduate, Wabeck began his culinary career at Red Sage and later rose through the ranks to become chef de cuisine at Restaurant Nora, both in D.C. Wins praise for: He has the wisdom to pare down, simplify, let the ingredients speak for themselves. Mentor: Bill Phillips, sous chef at Red Sage. Cooking style: French with global influences. Signature dish: Egg drop soup with star anise, cinnamon, jalapeno and garnished with enoki mushrooms and crab. What the critics say: "The arrangements lean to the lyrical, thanks to a chef whose performance is as engaging as any ever staged at this stylish restaurant."— Tom Sietsma, Washingtonsidewalk.com; "This is elegant food that makes you pause, take a look, then dive in with gusto."—Phyllis Richman, Washington Post.