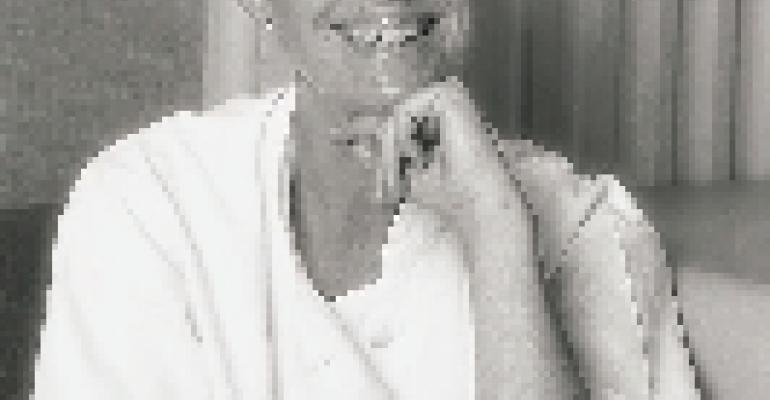 Ages: 40. Why they are rising: In 1994, when they opened Rivoli, the San Francisco Chronicle reported "If we could fast-forward to the end of the year, readers would see Rivoli near the top of the list for the best restaurants of 1994." Today, the trend continues: It's a moderately priced restaurant with unpretentious excellence in its food, service, and carefully selected wine list. Background: Brucker has cooked in some San Francisco hot spots—Ernie's, Square One and Stars—and then added stints at City in Los Angeles, and finally at The Dining Room at The Shattuck Hotel back in San Francisco, before she and her husband Roscoe Skipper opened Rivoli. The two met while working at Square One. Cooking style: Seasonal with French and Italian influences. Signature dish: "Portabella mushroom fritters; all sorts of braised meats, chicken cooked two ways, Caesar salads, and hot fudge sundaes," she says. Wendy's mentor: "Jacky Robert at Ernie's in San Francisco, and Joyce Goldstein from Square One." Roscoe's mentor: The late Heinz Schwab of Nikolai's Roof in the Atlanta Hilton. What the critics say: "There are three reasons for confidence that Rivoli will be around for a long time. First— and most important—the food is fabulous." —Michael Bauer, San Francisco Chronicle.