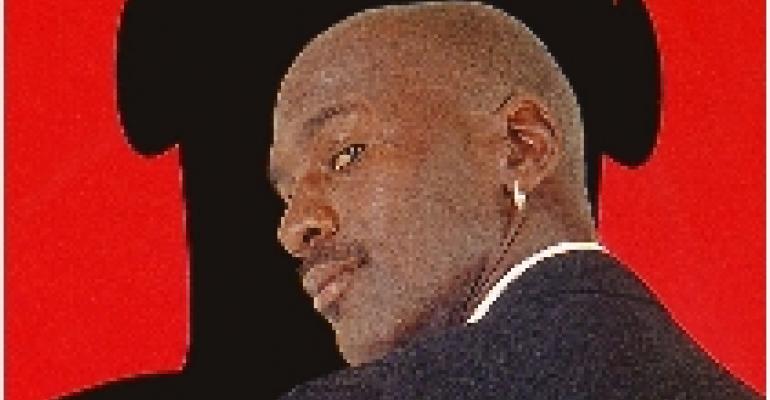 Age: 36. Why he's rising: Since retiring from basketball earlier this year, Jordan is turning more of his attention to his restaurant business. He is a proven contender, following up his upscale sports bar (Michael Jordan's) with the ultra-hip 160 Blue in Chicago and the highly-regarded Michael Jordan Steak House concept in New York City's Grand Central Station. Background: Basketball super-star with millions to invest. Wins praise for: Not content to be merely a silent partner, Jordan refuses to put his name on a restaurant that does not strive for excellent food and service. What the critics say: Esquire magazine Named 160 Blue to its list of the Best New Restaurants of 1998, calling it a "glamorous and serious" restaurant. The New York Times gave Jordan's steakhouse an excellent review, saying "the seats are so comfortable, the appointments so majestic that you feel as if you were setting off on a wonderful journey . . . and (chef) David Walzog has reworked the standard steakhouse menu with energy and imagination." Travel & Leisure wrote 160 Blue "may be the single best new restaurant to have opened in America last year." What the future holds: Jordan will expand his restaurant holdings this summer with a new restaurant in North Carolina.