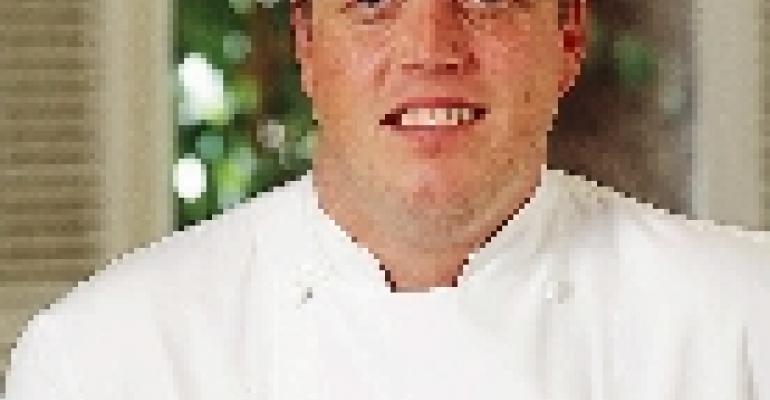 Age: 34. Why he's rising: Adjey is not a cook, he's an artist whose beautiful food is surpassed only by the sophistication of his flavors. Background: A native of Toronto, Adjey is a CIA graduate who cooked at several high profile Toronto restaurants before landing a gig at Melrose in N.Y.C. and an internship with Giuliano Bugialli in Italy. Cooking style: New World, which represents the multicultural influences of his years in Toronto. Signature dish: Lobster Three Ways (broiled tail, lobster sausage, lobster Delta gumbo). Mentor: Richard Krause of Melrose in New York City. What the critics say: "Executive Chef David Adjey is in our opinions the best new chef in California. At first glance, we worried the globally influenced menu was too ambitious. We were dead wrong. Everything that came out of the kitchen was sheer genius, in both flavor and intricate presentation."—Frommer's '99; "Adjey's food is 'orgasmic,'"—Glynith Costin, Los Angeles magazine.