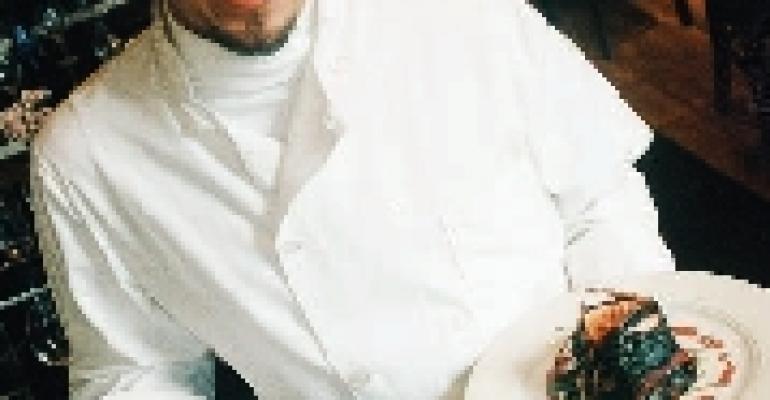 Age: 27. Why he's rising: In a city not known for its culinary depth, Symon's cutting-edge American cuisine has set a new standard for other cooks to shoot for; after working for years to make others successful, he recently opened his first restaurant, which has been playing to a full house amid glowing reviews; his decision to locate Lola in an urban frontier has helped bring new energy and revitalization to the neighborhood. Background: A C.I.A. graduate; worked at several locations in New York City before heading to Cleveland where he apprenticed at Sammy's; was the sous chef at Play-ers under Mark Shary; was corporate chef for Carl Quagliata at Piccolo Mondo and Giovanni's; was executive chef at Caxton Cafe. First job in foodservice: Grill cook at a Cleveland rib joint (Gepetto's). Cooking style: Contemporary American cuisine, which he calls "urban comfort food." Signature dish: Slash-and-burn grouper with corn fritters and whipped avocados. Mentor: "Mark Shary, who taught me how to develop and extract flavors, and Carl Quagliata, who taught me how to run a kitchen." Culinary hero: Charles Palmer of Aureole. Cooking style: "Pure, simple and seasonal." What the critics say: Called Cleveland's "hottest chef" by the Cleveland Plain Dealer; "Symon and Shanahan (his partner) are setting an entirely new standard for casually elegant dining in the city."—Cleveland Free Times