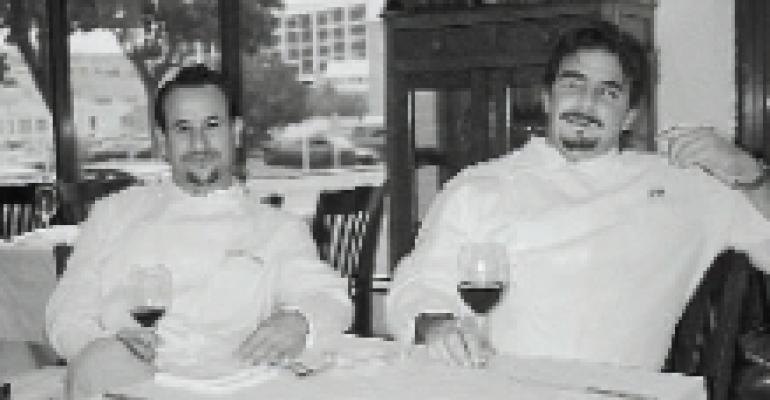 Age: Josiah, 29; Raphael, 30 . Why they are rising: After working under some of California's best chefs, these boyhood pals struck out on their own and opened a smart, stylish restaurant that has not resorted to gimmicks. Their reverential use of seasonal ingredients, many of them secured just steps away at the best farmers market in Southern California, has led to numerous accolades, including being named the best new restaurant of 1996 by Los Angeles magazine; named one of the country's best new restaurants by Bon Appetit. Background: Cooked for years in Southern France; cooked under celebrity chefs Joachim Splichal at Patina and Pinot Bistro and Wolfgang Puck at Chinois on Main and Granita. Mentor: Parisian chef Georges Vernotte, with whom they both lived after graduating high school. Cooking style: California cuisine with rustic American and French influences. Signature item: Crispy salmon with parsnip puree and raised fennel. What the critics say: "Josiah Citrin and Raphael Lunetta are two of the best young chefs in town, goateed Gen-Xers who'd look more at home on skateboards than behind a range."—Los Angeles Magazine. "Citrin and Lunetta have proven themselves to be among California's brightest young talents."—Esquire