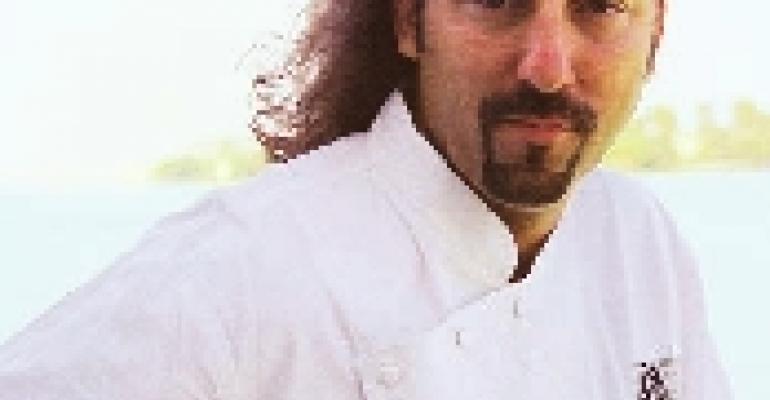 Age: 32. Why he's rising: After working under two Miami superstar chefs, Vinczencz got his own gig at the celebrity-drenched Astor Hotel, where the beautiful people have been giving him standing ovations nightly. Cited in a recent issue of Esquire magazine as a "chef to keep your eye on." Featured on the cover of South Florida magazine, which referred to him as a "culinary treasure." Background: Three-year apprenticeship with Ziggy Alespach through the American Culinary Federation. A ten-year whirlwind tour of banquets and catering with the Sheraton and Marriot hotel corporations. Two-year cooking stint at Sierra Grill, a Southwestern-style restaurant in Atlanta. Worked in Miami Beach with Norman Van Aken at a Mano and Kerry Simon at Raleigh Blue Star. First job in foodservice: Dishwasher at Sheraton Hotel, Columbus, Ohio. Cooking style: His background in Southwestern cooking, coupled with the "new world" influence of Van Aken and the "new" American influence of Simon, has led to a style some have described as "new American barbecue" or "Caribbean cowboy." Signature dish: Wild mushroom pancake "shortstack" with grilled portobello, drizzled with balsamic syrup and sundried tomato butter. What the critics say: "Raised in Columbus, Ohio, he gives his food a heart-land harmony . . . Every dish is a labor-intensive production and gorgeous. I can't decide if the Astor is great or just fun. Does it matter?." —The Miami Herald. Mentor: Norman Van Aken. Cooking philosophy: "There's so much glamour in this business that it's easy to get caught up with presentation and looks. But I make sure my people keep asking themselves one thing, 'Does it taste good?' It's so simple and so important."