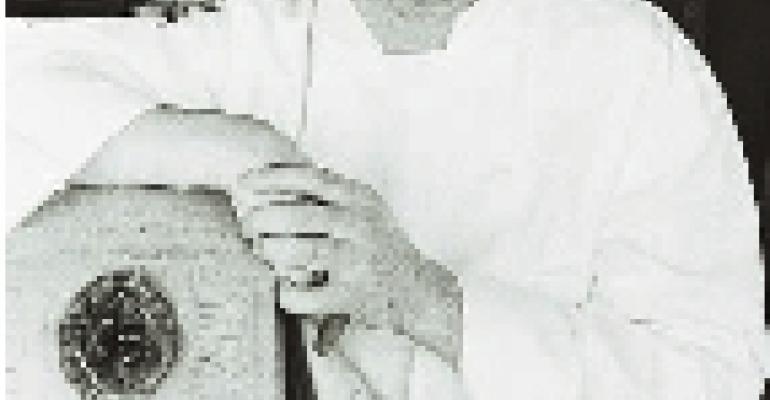 Age: 36 Why he's rising: In a city full of high-powered, celebrity chef-driven restaurants, Oritalia, from its off-the-beaten-track location, has quietly attracted the attention of foodies and professionals who have been wowed by Hill's exciting blend of Asian and Italian flavors. Garnered a 3 1 /2-star rating from the San Francisco Chronicle's unforgiving restaurant reviewer. Background: Began as a dishwasher, then assistant cook, then cook, and finally an operations manager at a hospital in Albuquerque. Later went on to become the sous chef at the Four Seasons Clift Hotel in San Francisco. Was also the sous chef at the city's famous Stars restaurant. Followed that with a stint at Aqua, where he was day chef. Cooking style: East-West cuisine that features a blend of flavors from Italy, China, Korea, Japan, and Southeast Asia. Signature dish: Sesame-crusted ahi tuna (rare) with star anise-scented blackeyed peas, pea shoots, fuji apple glacé and lemon oil. What the critics say: Michael Bauer of the San Francisco Chronicle said Hill "has the ability to dazzle" and described his food as "superlative. Few meals I've had in the last year were as memorable as my first visit to Oritalia." Mentor: Jeremiah Tower. Cooking philosophy: "I strive for simplicity and discipline in my cooking."