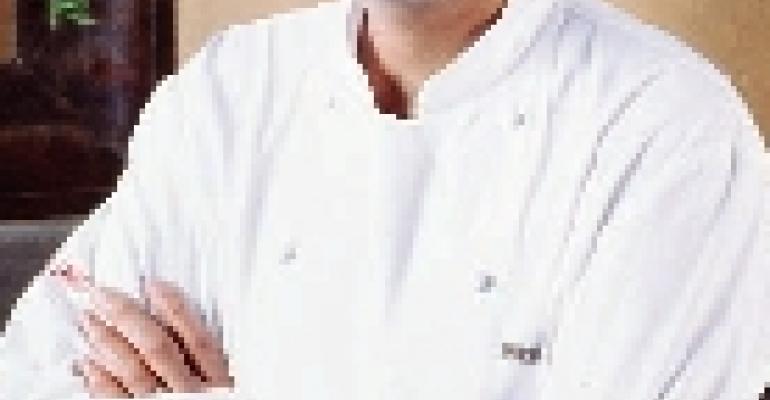 Age: 27. Why he's rising: After four years of toiling in the trenches of Aqua, considered by many to be the city's best upscale seafood restaurant, Mina last year was named executive chef. Just months ago, he was also named executive chef of the new Charles Nob Hill, a classically French-inspired restaurant. Nominated for this year's James Beard Rising Star Chef of the Year.

Training: Culinary Institute of America graduate. Cooked with Charles Palmer at Aureole and Drew Nieporent at Tribeca Grill, both in New York City. First job in foodser-vice: Helper in small French restaurant in hometown of Ellensburg, Washington, age 15. Philosophy: "The first rule regarding ingredients is not to add elements that don't belong," he says. "In my experience, the best ingredient in a dish is the one you leave out." Mentor: Marco Piere White of Harvey's, London. Signature dish: Black mussel souffle. Celebrity endorsement: "In a city full of talented chefs, Michael is one of our best young chefs," Joyce Goldstein, Square One, San Francisco.