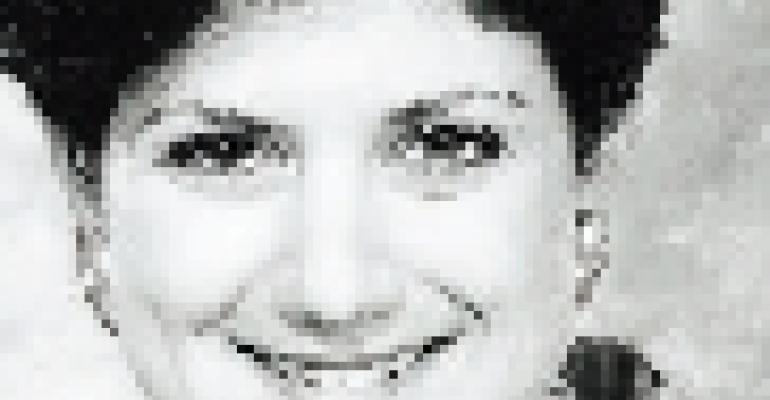 Age: 34. Why she's rising: Hired by the Kimpton Group in 1993 to supervise three of its restaurants, Leondakis made child's play of the task. Given six more restaurants to oversee; no problem. Last year, made vice president and put in charge of all 27 restaurants, with locations in San Francisco, Los Angeles, Seattle, Portland, and Tacoma. Background: Before Kimpton, handled food, beverage, and catering at Ritz-Carltons in San Francisco, Marina del Rey, and Atlanta. First job in foodservice: age 15, fry station, Hardee's. Role model: "My grandmother, who ran a 24-hour diner at a truckstop in Western Massachusetts. She was a strong woman who held her own under tough circumstances." Next big move: Will help facilitate the company's restaurant expansion into Eastern cities.