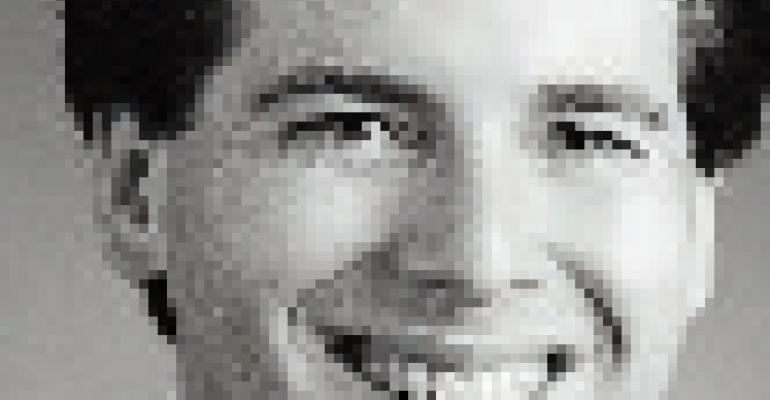 Age: 35. Why he's rising: Since joining Levy eight years ago as its general counsel, Lansing spread his wings into administrative areas, where he showed considerable finesse organizing corporate support services and revamping the company's divisional structure. Named president in December, Lansing now oversees the day-to-day operation of the company, which operates 43 foodservice units in 15 national and international markets. Under his guidance, the 100 million dollar-plus company posted a 35 percent increase in revenue last year and is projecting a similar increase this year. Biggest accomplishment: "To re-confirm to everyone that we can be passionate about what we do and continually raise the bar while remaining genuinely nice people in that effort." Next big move: The international expansion of Dive!, a submarine-themed restaurant operated in partnership with movie moguls Steven Spielberg and Jeffery Katzenberg.