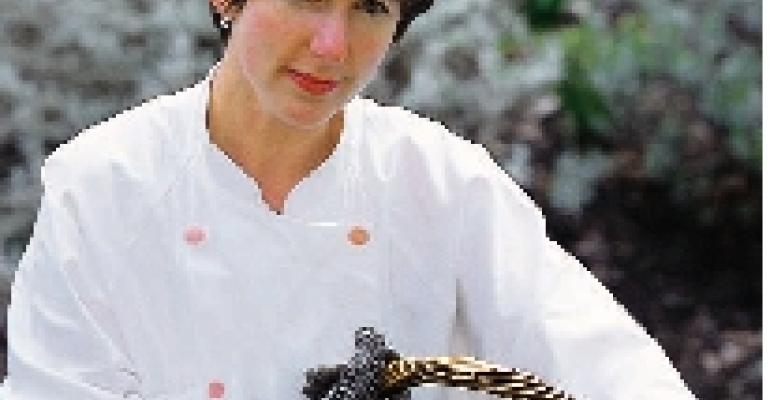 Age: 35. Why she's rising: Refusing to play it safe, Dewell is dishing up the rarely encountered cuisine of Georgia, and not the peachy one you might think, but the exotic one from the former Soviet republic. Her audacity has won her rave reviews, including the only three-and-a-half star rating ever given by Seattle Post-Intelligencer critic Tom Sietsema, and a place on Bon Appetite magazine's list of the best new restaurants of 1994. One of only eight chefs chosen this year to attend Madeleine Kamman's School for American Chefs at Beringer Vinyard. Background: Graduate of California Culinary Academy. Cooked at the acclaimed Fuller's restaurant in Seattle. Traveled extensively throughout the former Soviet republic of Georgia studying the food. Cooking style: Simple, honest peasant food with high spice and fresh seasonal/regional ingredients. Culinary heroes: Paula Wolfert and Madeleine Kamman. Signature dish: Tuna seasoned with a Syrian spice mix, wrapped in grape leaves, and served with a walnut, pomegranate, and roasted red pepper sauce. What critics say: "Pirosmani would be a gem in any city, but it chooses to call Seattle home. That it does the uncommon uncommonly well only adds to its luster," writes Seitsema.