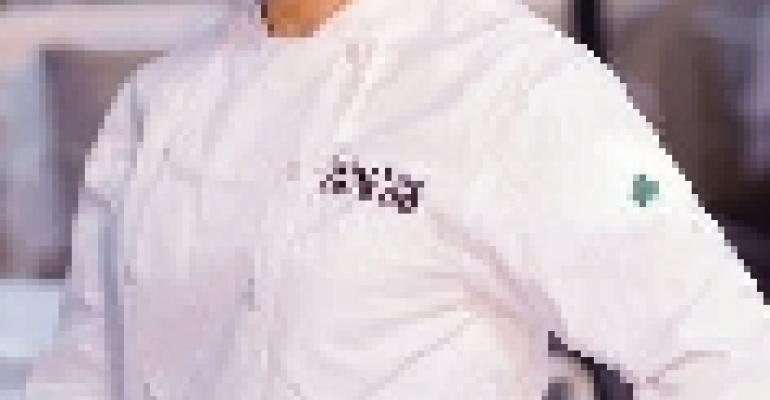 Ages: 28. Why she's rising: Some struggle to find their way in this business and others, like Tizio, hit the ground running. Since the day she graduated, she has worked with some of the best talent in the industry, including legendary pastry chef Emily Luchetti at San Francisco's Farallon, where both were named "Pastry Chefs of the Year" in 1998 by San Francisco magazine. Tizio the student has quickly become a master of the sweet science. Background: A 1994 graduate of the CIA, Tizio interned at Wolfgang Puck's Spago and Bradley Ogden's Lark Creek Inn before heading to Las Vegas to work as an assistant pastry chef at Charlie Trotter's. Soon afterward, she was recruited to serve on the opening team of the Las Vegas Fog City Diner. Tizzio moved back to California where she teamed with Luchetti at Farallon in San Francisco. She later headed down state to Jimmy's II in Beverly Hills and Puck's Malibu outpost, Granita. Cooking style: Simple and elegant. "The most important element is taste. When I make a pear confit, I want it to taste like pears." Signature desserts: Ginger-roasted apple rolled in struesel with caramel sauce and creme fraiche ice cream; "A Study in Custards"—a trio consisting of classic chocolate pudding, espresso pot de creme, and blood orange creme brule. What the critics say: "At 27, and going full force, Tizio seems like a younger Luchetti." —San Francisco magazine.