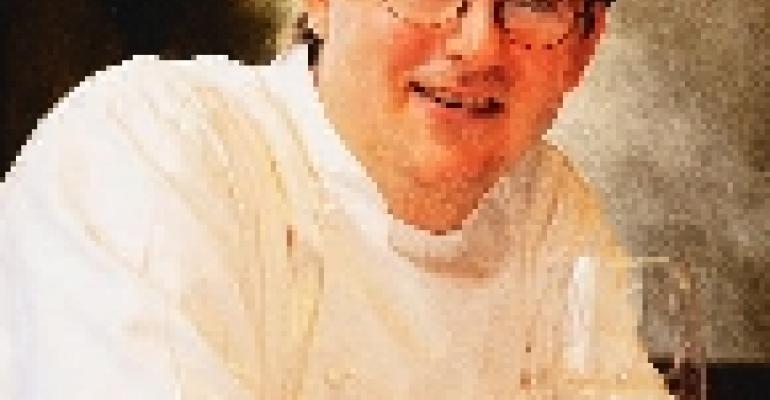 Age: 28. Why he's rising: Stein has cooked with some of the best culinary talent in Chicago and has learned his lessons well. At Piccolo Mondo in Cleveland, in his first role as head chef, he demonstrated an ability to cook on a level of sophistication and maturity far beyond most of his contemporaries. That talent, which has not gone unnoticed, has taken him to Touch Supperclub, a newly opened restaurant that will surely be the city's most talked-about spot. Background: A graduate of Kendall College in Evanston, Illinois, Stein cut his teeth in some of Chicago's best restaurants, including Spruce (saucier), Gordon (sous chef), Hudson Club (executive sous chef) and mk, the restaurant (executive sous chef). In Cleveland, he won praise for his leadership and Mediterranean cooking at Piccolo Mondo. Cooking style: Pure-flavored American cuisine that allows the ingredients to speak for themselves. Signature dishes: Grilled salmon with sweet-pea risotto, roasted shiitake mushrooms and pinot noir; Roasted magret duck breast with poached leeks, fingerling potatoes and sour cherry vinaigrette. Mentor: Michael Kornick of mk. What the critics say: "Last April, shortly after Todd Stein's arrival at Piccolo Mondo, I went in for lunch and left underwhelmed. As it turns out, Stein hadn't even begun to put his mark on the menu or in the kitchen. Fast forward two months and I was overwhelmed. Stein is turning out some of the best dishes in town."—John Long, The Plain Dealer.