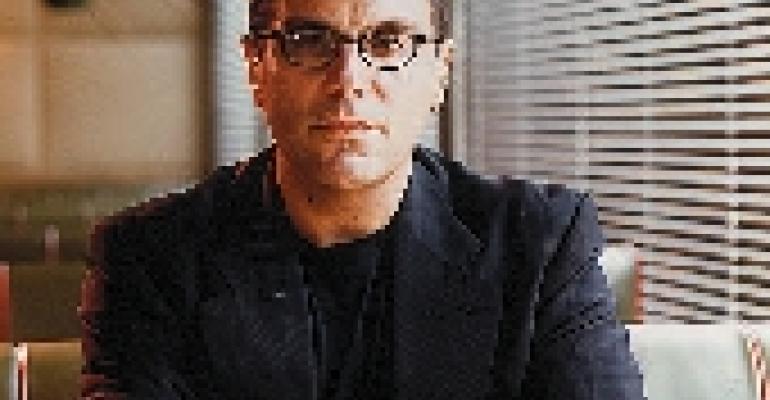 Age: 42. Why he's rising: Star has a well-deserved reputation for creating the city's most exciting nightclubs. In 1995 he enjoyed his first success with restaurants at Continental, though it's more bar than restaurant. But last year, he shifted into high gear with a vengeance, opening the Asian-themed Buddakan (named one of "America's Top 50 Restaurants" by Travel & Leisure ), the Parisian bistro Blue Angel in November and, in January of this year, the Moroccan-themed Tangerine. Background: Star began working in the entertainment industry at age 21, opening comedy clubs, cabarets and dance clubs. He eventually formed The Concert Company, which featured large-stadium acts. In 1990 he was bought out, giving him the cash to explore other areas, including the restaurant industry. What the critics say: "He's the Quentin Tarantino of nightlife. Whether promoting concerts, running nightclubs or designing restaurants, Star knows how to attract people. And buzz. In just five years his restaurants have raised the dining bar in Philadelphia."—The Philadelphia Inquirer. What the future holds: Later this year, Star plans to open a restaurant in West Philly called Pod, a "futuristic" Asian restaurant designed by David Rockwell and featuring a conveyor-belt sushi bar and waiter uniforms designed by Todd Oldham. Down the road he will create a restaurant in association with Will Smith, the actor, in a yet-to-be-built W Hotel in Philadelphia.