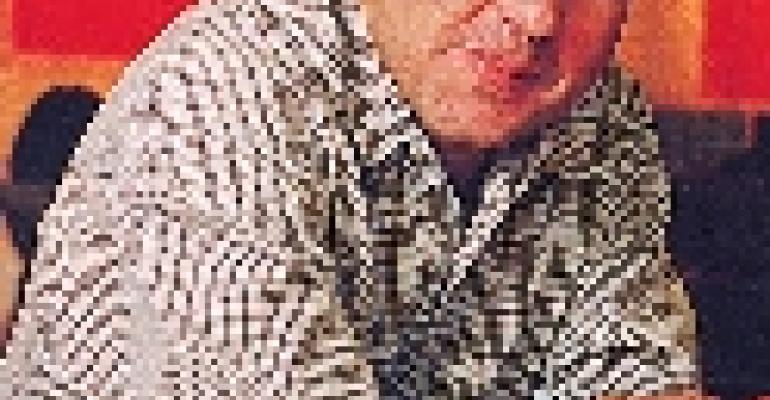 Age: 41. Why he's rising : Launched an innovative "fine dining for regular folks" concept in 1994, and has since grown the chain to five units. Not Your Average Joe's seems destined for chain greatness, due in no small part to the core team of seasoned chain executives he's recruited, including c.o.o. Jamie Strobino, who helped grow the Hard Rock Cafe chain. Background: After a decade in the retail clothing business, Silverstein, a former CPA; opened the first Joe's as a pizzeria, which initially specialized in woodfired pies. Education: Degree in accounting from the University of Massachusetts, 1981; Master's from NYU, 1987. Mentor: Father, Joseph Silverstein, from whom he learned the retail business. "I've adopted his service ethic. It's about total guest obsession." What the future holds : "Being a good parent to my three small children and building one of the largest restaurant companies in America. My goal is to grow units by 50% a year, sales by 100%, and to have 40 stores by the end of 2004, all of which translates into $120 million in sales."