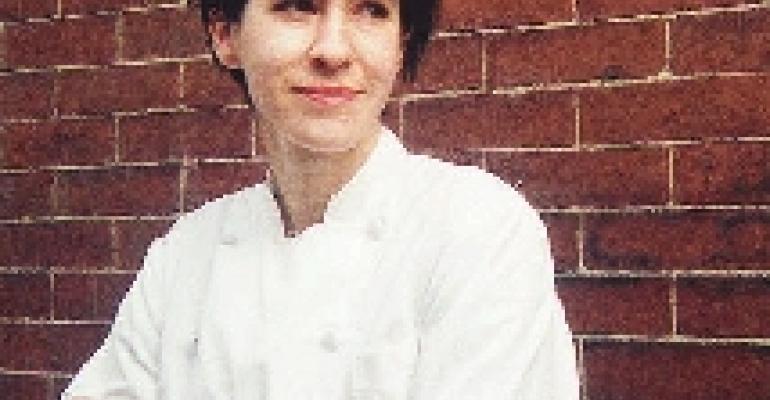 Age: 28. Why she's rising: Lydon has worked behind the scenes at some of Boston's best restaurants, but now she's at the helm of her own place and she's demonstrating a skill that makes her a standout in a city packed with culinary talent. That skill will be recognized later this summer by Food & Wine, which has named her to its list of Best New Chefs this year. Background: Lydon graduated magna cum laude in English and American literature from Harvard. But a love of food and a scholarship from the International Association of Culinary Professionals took her to Paris, where she attended Le Cordon Bleu. Upon her return, Lydon worked her way up through the ranks of several notable Boston restaurants, including Biba and Chez Henri, before returning to Europe to cook at well-regarded restaurants in Italy, Spain and France. She returned to Boston to cook at Radius with Michael Schlow, a 1997 RH Rising Star. Cooking style: "Modern, rustic French." Signature dishes: Zucchini blossoms stuffed with crab meat in a tomato-saffron vinaigrette; braised veal cheeks with chive spaetzle and chestnuts. What the critics say: "Amanda Lydon is presenting immaculate food that both reflects and conveys the joy she clearly takes in preparing it. I'm revisiting Truc as my first New Millennium resolution to convey good news when a restaurant changes decisively for the better. . . I was surprised and delighted by the invention, sheen and sheer work characterizing Lydon's food."—Corby Kummer, Boston Magazine.