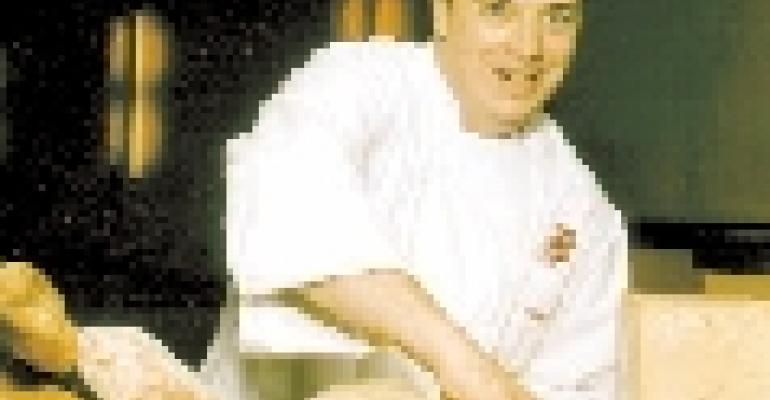 Age: 28. Why he's rising: After a tour of some of the finest kitchens in the West, this Camden, Me., native headed back east to open Restaurant 821, a key part of the culinary revitalization of downtown Wilmington. Background: After a four-year stint at Guido's pizzeria as a teenager in Camden, this self-taught chef took a job at the Buckeye Roadhouse in San Francisco, then moved on to BIX. In 1994, he headed for Napa Valley and a gig at another Real Restaurants operation, the noted Tra Vigne. His big break came in 1997 when he became chef at Real Restaurants' high-profile Ajax Tavern in Aspen, where he attracted attention from critics nationwide. Cooking style: The flavors of Spain, Greece and Portugal, produced using French and Italian techniques. Signature dish: Day-boat scallops on a forno roasted creamy pancetta cake, braised leek beurre blanc. Mentors: Gordon Drysdale, Michael Chiarello. "Tobias Lawry has an amazing work ethic and unquenchable enthusiasm. When he and I talk about food, he almost levitates," says Chiarello. Next project: The Vault, a 125-seat urban steak-house. What the critics say: "A new gastronomic chapter in Wilmington's history may be beginning."—Wilmington News Journal. "Lawry's style adds new dimension to French and Italian cooking."—Wine Spectator.