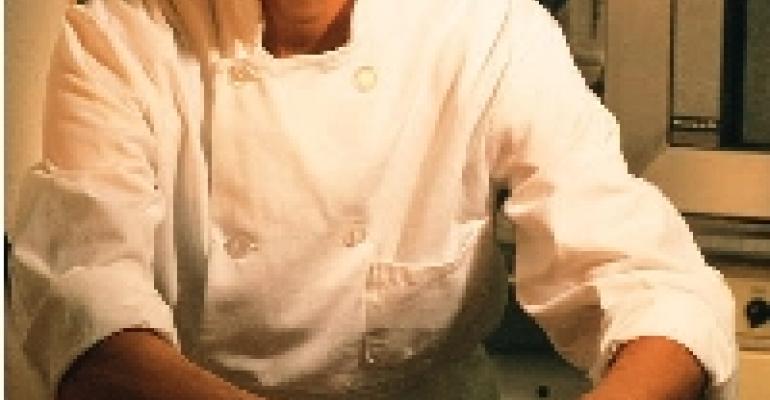 Age: 40. Why she's rising: Tennessee native Kleber concocts a never-ending array of delights at this noted Charleston newcomer. Critics rave about the contemporary French food at McCrady's, but are careful to alert readers that they've got to save room for the desserts turned out by Kleber, who polished her craft at David Bouley's restaurant and bakery ventures in New York City. "If there's a better pastry chef in the South than Kerstin Kleber, I haven't met her," wrote John Mariani in Esquire. Background: Once an engineer for IBM, Kleber turned to baking more than a decade ago. She graduated from the Culinary Institute of America and headed for a New York City job as pastry sous chef at Le Chantilly. Later, she joined the Bouley team, studying baking arts in France and Germany along the way. Baking style: Her creations are both classical and sophisticated, with the kind of clever presentations— clean edges, precise lines— you'd expect from the holder of a mechanical engineering degree. What the critics say: "Kerstin Kleber is a real find who has that certain touch with desserts that is elusive for so many."—The Post and Courier, Charleston. "Pastry chef Kerstin Kleber has put together an outstanding offering of tempting desserts. They were fantastic."—Charleston City Paper.