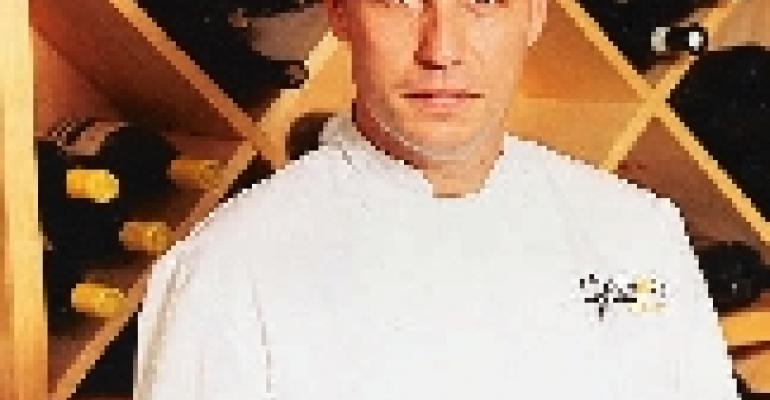 Age: 37. Why he's rising: For seven years, Gray ran the kitchen at Galileo, while owner Roberto Donna was off opening several restaurants. Under his helm, Galileo more than maintained its national status as a great Italian restaurant. Now, Gray has his own restaurant that is destined for greatness, an opinion confirmed by Esquire magazine, which named Equinox to its "Best New Restaurants" list last year. Background: A graduate of the CIA in 1989, Gray worked for several years under Roberto Donna at Galileo Restaurante, first as a saucier and later as the sous chef. Donna sent Gray to work with Jean Louis Palladin and then off to Italy. He eventually returned to become the first American chef of Galileo, which won a James Beard regional award under his reign. Mentor: Roberto Donna. What the critics say: "In this age of chef as artist, there is a refreshing modesty that characterizes Todd Gray's cooking: His dishes do not scream, 'Look at me!' Rather, at their best they are quiet statements on the primal flavors of their main ingredients."—Robert Shoffner, Washingtonian. "His food is vibrant, his ideas sound, his instincts unerring."—John Mariani, Esquire.