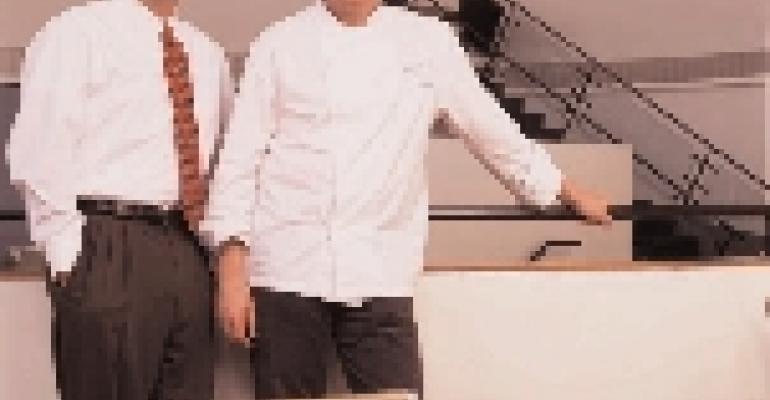 Ages: Spike, 37, Charlie 34. Why they are rising: Spike, a talented chef, and Charlie, a financial whiz, have combined their talents since 1991 to create a restaurant company that operates five stylish restaurants and a specialty bakery that have greatly improved the culinary landscape of Baltimore. The brothers Gjerde have clearly hit their stride, opening a majority of their operations in the last year or two. Backgrounds: Spike, who has a philosophy degree, trained at Baltimore's Patisserie Poupon and worked as a pastry chef for three top Baltimore restaurants. Charlie, the more buttoned-down of the two, has a business degree. Together, they own and/or operate Spike & Charlie's, "jr." (a small cafe), Atlantic, Vespa, Joy American Cafe and Hudson Street Baking Co. What the critics say: "We might as well call it the year (1999) of Spike and Charlie Gjerde . . .These veteran restaurant operators are leading the pack with two new restaurants."— Cynthia Glover, Baltimore magazine. " . . .was anyone prepared for the past year's culinary colonialism? In quick succession, the brothers opened the tony Canton seafoodery Atlantic (see 'Best New Restaurant'), and the neighboring Hudson Street Baking Co.; helped usher in the Federal Hill Italian bistro Vespa (see 'Best Steak'); and took over the American Visionary Art Museum's Joy American Cafe. Cazart! Suddenly, the Gjerdes seem more like the Krays; we picture them turning in their chef's togs for tailored suits and making other restaurateurs offers they can't refuse. Not that all this hurdy-Gjerde is a bad thing. Oh no—it's a good thing, a good, good thing."—City Paper.