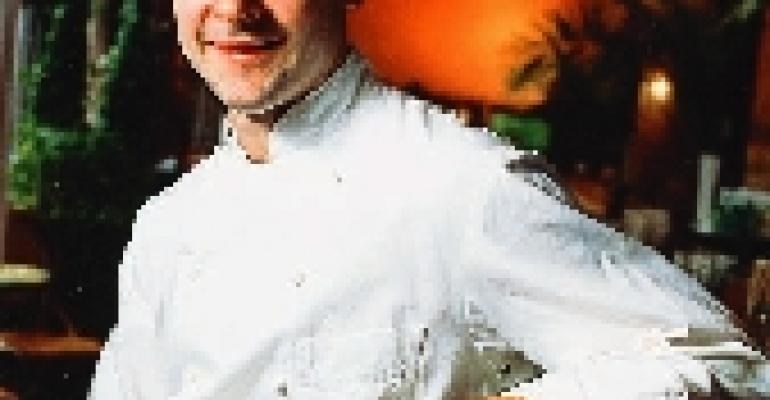 Age: 32. Why he's rising: Following a stint as sous chef at New York City's highly acclaimed Le Bernardin, Feury has grabbed the top cooking spot at Striped Bass, one of the nation's great seafood restaurants, which was dubbed in 1994 as "Best New Restaurant of the Year" by Esquire magazine. Background: A graduate of the Academy of Culinary Arts in New Jersey, Feury, before Le Bernardin, was sous chef at New York City's Allison on Dominick and at Peacock Alley in the Waldorf Astoria. Cooking style: Simple and seasonal, with each flavor clearly identifiable. Signature dish: Roasted Chilean sea bass with olive oil-crushed potatoes, roasted vegetables and chorizo broth; day-boat sea scallops with chanterelle mushrooms, fresh tagliatelle and vermouth sauce; grilled rare bigeye tuna with salsify, spinach and red wine shallot reduction. What the critics say: "His food has brought the restaurant a higher level of consistency, erasing with three high-quality meals, my memory of some disappointments under the previous chef's watch. And when it is good, it can be memorable."—Craig LaBan, Philadelphia Inquirer.

How to market your restaurant to consumers during COVID according to Omar Johnson, the marketer behind the sensation Beats by Dre
Oct 23, 2020