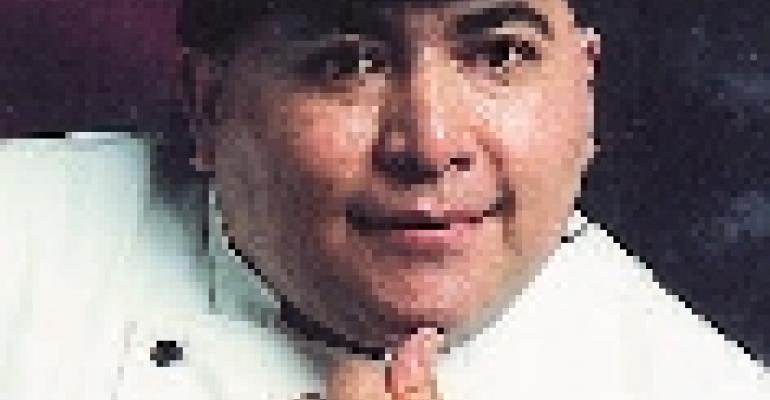 Age: 34. Why he's rising: After 12 years of cooking with Rick Bayless at the legendary Frontera Grill and Topolobampo in Chicago, Bahena has opened his own restaurant in a Chicago neighborhood storefront that can't begin to contain the throngs of customers eager to devour the food of his Mexican hometown (and restaurant namesake) with the impossible-to-pronounce name. Background: Born in Guerrero, Mexico, Bahena grew up on his family's beef and dairy ranch. A graduate of St. Augustine College, he began working with Bayless when Frontera first opened. He rose from line cook, to sous chef and, finally, managing chef. Cooking style: Regional Mexican with a fine-dining sensibility. Signature dish: The stars of Bahena's menu are the moles he features, one each day of the week. On Wednesday, for example, you'll find mole manchamanteles, a richly dark, yet fruity sauce he pairs with medium-rare duck breast; on Saturday mole chichilo, a dark red sauce with cinnamon, meets quail. Mentor: Rick Bayless. What the critics say: "Mark this one down as one to watch. Chef-proprietor Geno Bahena really knows how to make Mexican cooking sing with taste and creativity. His experience at Frontera Grill and Topolobampo shows, and then some."—Chicago Sun Times. "This restaurant offers terrific regional Mexican food."—The New York Times.