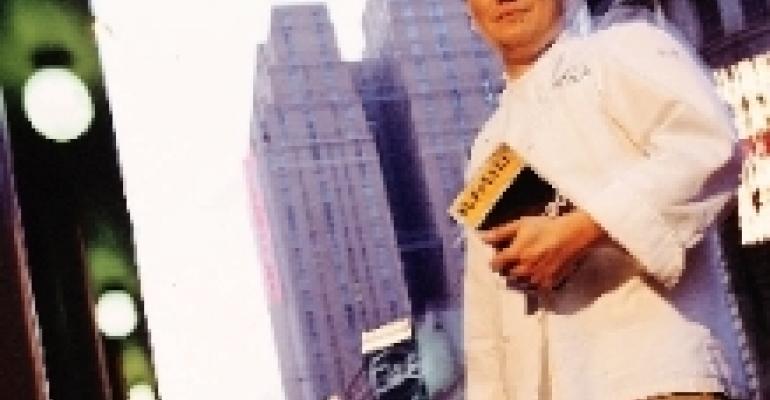 Age: 34. Why he's rising: Having cooked professionally since age 17 at such legendary restaurants as Patina in Los Angeles, this West Coast native has relocated to New York City, where Thalia, named for the Greek muse of comedy, has made it respectable and desirable to eat in the theater district, which was long considered a joke of a dining destination. Background: Born and raised in Pasadena, Calif., to a Viennese-Jewish mother and a Japanese-American father, Otsuka hooked up with Joachim Splichal in Los Angeles, where he eventually became sous chef at Splichal's Max au Triangle. He then left for France, where he cooked with several legendary chefs, including Jacques Maximin and Michel Bras. Otsuka returned to L.A. in 1993 where he was chef de cuisine at Splichal's Pinot Bistro, becoming executive chef at Patina two years later. For his work there he was nominated as a James Beard Foundation Rising Star Chef of the Year. In 1997 he moved to San Francisco where he became executive chef at the Pan Pacific Hotel. Cooking style: Contemporary American cuisine with Asian influences. Signature Dishes: Halibut filet with curly cabbage, lentils, bacon and horseradish nage; roasted loin of lamb with curried jus and braised leg of lamb in strudel with Moroccan spices. Mentors: Joachim Splichal. What the critics say: "Otsuka practices an intelligent form of fusion cooking, with a strong Asian influence. He has faith in the power of simple ingredients and flavors and the wit to use them in inventive ways."—William Grimes, New York Times. "The food he is now serving at Thalia is excellent . . . And what food! . . . The charlotte of smoked sturgeon layered with Yukon Gold potato salad, topped with hocks and leeks looked like the sort of thing I drool over in Paris . . ."—Moira Hodgson, New York Observer.