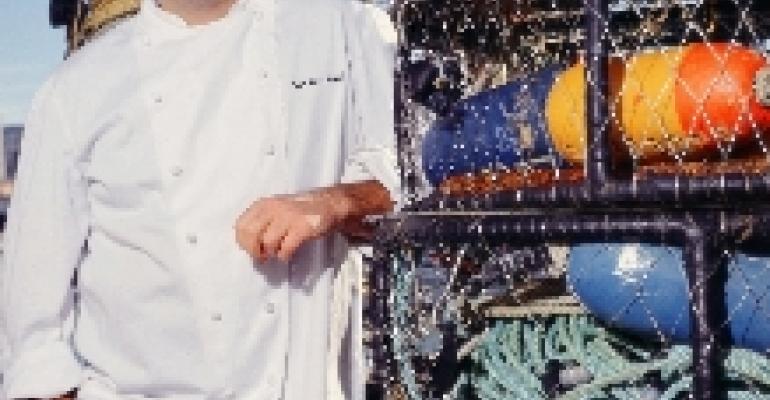 "You have to put a lot of love in your food. If it's not there, something's missing." That's Laurence Jossel explaining his cooking philosophy to the San Francisco Chronicle, which recently singled him out as one of five Bay Area chefs "who will make a mark" on the dining scene.

If you didn't know Jossel, you might think he's read Laura Esquivel's novel, Like Water for Chocolate one too many times. We didn't, so we went to investigate. During our few visits, we saw no overt displays of lust provoked by Jossel's food, but we dine out early. We did see, however, in the sated faces of his customers, the look of people who would light up a post-dinner cigarette, if that sort of thing was allowed in California restaurants.

By all accounts, customers sense the love and honesty Jossel puts into his food at Chez Nous, where he's the stove-master of this stylish and tiny neighborhood joint. Honesty is his word, not ours. "Food has to be honest," is how he says it.

When you ask Jossel about any interests outside his chosen field, he'll tell he has none. "At this point in my life, I just cook. That's it."

With this in mind, you can forgive him for using words like love and honesty to describe his cooking. The 30-year-old South African native is simply putting everything he has into his food. And in one of the world's great culinary cities, he's getting noticed. Chronicle Food Editor Michael Bauer, who's stingy with a compliment, calls Jossel's food "spectacular."

He was a protege of Gary Danko at the Dining Room in the Ritz-Carlton San Francisco. But real notice came to Jossel at Kokkari, where his upscale Greek food made waves. It's his all-tapas menu at Chez Nous, however, that is blowing this savvy restaurant city away.

Next time you're in S.F. stop at Chez Nous and order his grilled baby lamb chops, his Mediterranean fish soup or his tortilla espanola. We guarantee you'll taste the love.