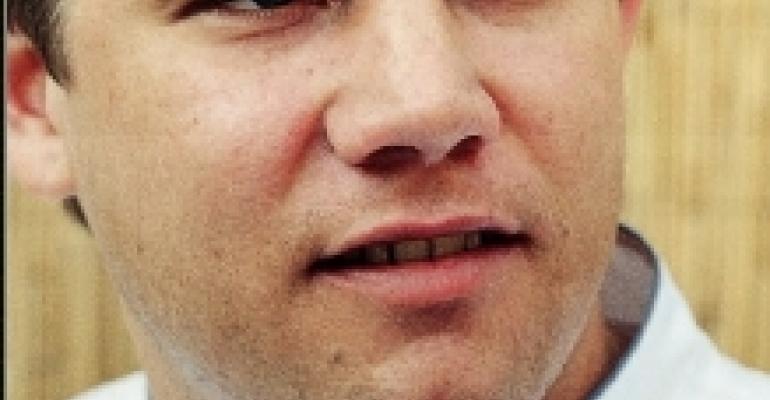 He could have had it very easy. But, noooo, this son of a Hollywood legend decided to take his chances in one of the most cutthroat professions in the world. And, like his old man, Ben has a boxoffice hit on his hands. Before Chadwick's, however, Harrison's son paid he's dues in several hot restaurant kitchens, including Opus in Santa Monica and Campanile in L.A. By 1997 he was ready for the executive chef's post at The Farm of Beverly Hills, where he developed a passion for farm-fresh produce. Last year he opened his first restaurant, named after Alan Chadwick, the late, great organic gardening guru. Not surprisingly, Ford insists on using fresh, seasonal ingredients, most of which hail from organic sources and local farms. Some, in fact, are picked from Chadwick's organic garden. Ford shows the restraint of a seasoned chef who understands that ingredients this good should not be foolishly fussed over or combined. The result is menu items such as Braised Pork with Cider Spirits, French Beans and Maple-Glazed Kabocha Squash. The L.A. Times was more than impressed with Ford's organic take, saying: "How can you not want to eat your vitamins when the sides include such imaginative choices as barley with wilted greens and prosciutto . . ."

Looks like the Fords have another star in the family.