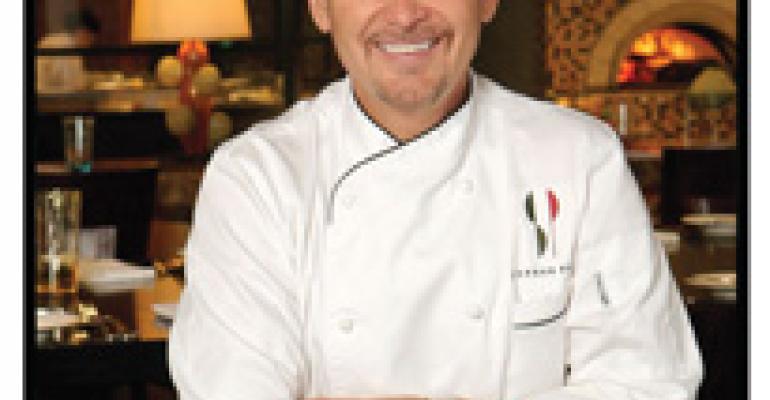 One of the great creative talents who helped elevate the status of Southwestern cuisine, Stephan Pyles hardly needs an introduction. Starting at Dallas's legendary Routh Street Café, followed by Baby Routh, Star Canyon and other concepts, this 57-year-old has been turning out the best of the region since the early 1980s. After selling Star Canyon to Carlson Hospitality, he dropped off the radar for about four years, indulging his wanderlust at spots around the globe. But home beckoned, and three years ago the prodigal son headed back to Dallas to create a new eponymous restaurant specializing in what he calls “New Millennium Southwestern,” with influences from South America and the Mediterranean. The response was enthusiastic. “Eventually I forgot all about trying to assign a name to the kind of cuisine Pyles was conceiving,” wrote Michael Bauer, the San Francisco Chronicle's restaurant critic. “Whatever it was, it was brilliant.” A few months ago he took a step two blocks away but further outside his comfort zone and opened Samar by Stephan Pyles, with a small-plates menu spotlighting tastes from India, Spain and the Eastern Mediterranean. We recently caught up with Pyles.

RH: Where'd you get the idea for Samar?

Pyles: It was a result of my travels. It's foods that I love and that I think aren't represented well in the mainstream in Dallas. I really wanted to do small plates. And the location offered an opportunity to be near all the arts venues that just opened, so it made sense. Samar is almost like a museum café.

RH: Is Indian a tough sell?

Pyles: Sometimes. But here, if it's an Indian dish someone has never tried, they will get a few bites, not a big entrée. It's less intimidating. And that's why we have three separate menus inspired by three different areas. They can try Spanish or middle eastern if they don't like the Indian.

RH: You were heavily involved in the look of the new place. Where did you have the most interest?

Pyles: I had a very clear vision of what I wanted the place to look like and how I wanted it to work logistically, and I looked at every element. For example, I wanted the onyx at the bar to be a specific color, lit from underneath. This past summer my partner and I went to Lebanon and Syria to pick up light fixtures and other artifacts for Samar.

RH: You sort of dropped out for a few years. What were you thinking when you untied the apron strings?

Pyles: I knew that I wanted to travel, and I thought I would consult, write books, do some TV; I developed concepts for hotels, and I was thinking that was probably good enough. But eventually I just realized it wasn't.

RH: Where did your travels take you?

Pyles: I went pretty much everywhere. I spent a lot of time in Spain and South America, mostly, some in Asia, some in Morocco. I covered every country in South America except for Chile, and I finally did go there, to Patagonia, last year.

RH: Looking back over your years in the business, what are some of the cultural shifts you've seen?

Pyles: The audience has grown up in terms of food knowledge. It's a completely different world today. When we started Routh Street it was an educational process, but today, people are savvy. And they're more receptive to unusual things. I don't think Samar would have worked 10 years ago, but today, people understand it.

In terms of business it's certainly more competitive. It used to be that if you were unique enough you didn't have competition, but now there's just so much competition on so many levels, and the days of singly owned chef-driven restaurants are over. Everybody now has all these concepts.

One of the big differences in Dallas in the last five years has to do with reservations. When I had Routh Street and Star Canyon, it was nothing for us to book up a month or two in advance. That's nonexistent in Dallas now, partly because there is more competition, but I think people don't have the same mentality. In the past, if we had 150 reservations, we would probably see 130-140 of them show. Now, at Stephen Pyles, if I have 150 on the books, we will do at least 200. Even at more formal restaurants, there is a more casual approach. Good dining experiences have been sort of downgraded, they don't have quite the mystique they once did. It speaks to people being more educated.

RH: What do you think about the recent interest in the chef as personality versus the chef with training and skills?

Pyles: I think it can be damaging to the profession. It's a two-edged sword. The good news is that it puts this profession in a more glamorous light, which attracts talented kids. That's also the bad news, because they're attracted for all the wrong reasons. They want to come out of school and be running their own restaurants, publishing cookbooks and pitching Cadillacs. I think that speaks to American culture in 2009, it's not specific to the food world. We're caught up in this media-driven, flashy, reality show culture. But I think people can see through it. They know the difference between someone who looks good on TV and someone who has a Michelin-starred restaurant.

RH: You've created more than a dozen concepts in your career. What tricks do you use to stay relevant?

Pyles: Travel is essential to a chef's remaining fresh and creative. Every time I come back from a trip I'm reinvigorated. It's something I will always allow time for. It's also important to just be receptive and stay ahead of the curve and try to be a trend setter instead of a follower, because the first person who gets there usually wins.

RH: You're involved in a laundry list of charities. How have you decided what causes to support?

Pyles: What speaks to me is hunger relief — it's always said that in this profession, since we make a living feeding people, we have to help them. So Share Our Strength is important. I'm also on the board of a food bank called Hunger Link, which is a perishable food program. I'm on the board of Goodwill Industries. And I offer a culinary scholarship every year.

I think there's a lot you get back. I used to do it for different reasons than I do today. At one point I did it because it was kind of fun, an opportunity for camaraderie with other chefs, and honestly, because it was pressworthy. Today I do it because it feels good, and it's the right thing to do.