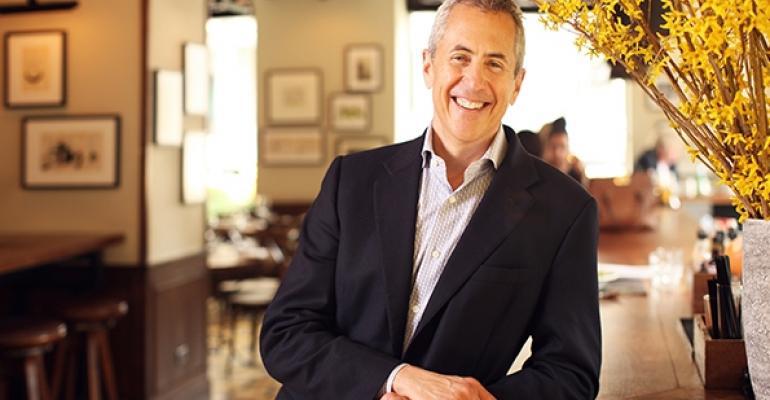 Not resting on their laurels

Since opening Union Square Cafe in 1985, Meyer has built a restaurant and catering company that exemplifies his philosophy of hospitality, which puts employees first.

Meyer has been a longtime advocate of eliminating a service system that relies on tips, which he calls “antiquated.” His restaurants are transitioning to a hospitality-included model designed to compensate workers more equitably as a team.

And that’s only one thing the multiconcept operator has been working on.

Last year, the group reinvented its founding concept Union Square Cafe, moving it down the street and reopening it in December, followed by a casual, adjacent outlet called Daily Provisions. Next year, Meyer will bring Union Square Cafe to Washington, D.C., where it will be part of a massive, mixed-use development called Capitol Crossing. USHG will curate other food-and-drink outlets there.

This year, back in New York, the group opened Martina, a fast-casual pizzeria offering made-to-order pies, meatballs, salads and gelato at an accessible price.

Also scheduled in August in New York, was a new café and sandwich shop called Caffe Marchio. In September, the group is scheduled to open a wine bar called Vini e Fritti, with aperitivi and fried nibbles

Coming is an as-yet-unnamed restaurant on the 65th floor of the 28 Liberty Street tower in New York.

Meyer has continued to invest in other emerging brands, including Tender Greens, Joe Coffee and Salt & Straw, further expanding the restaurant group’s impact and planting seeds for the future.