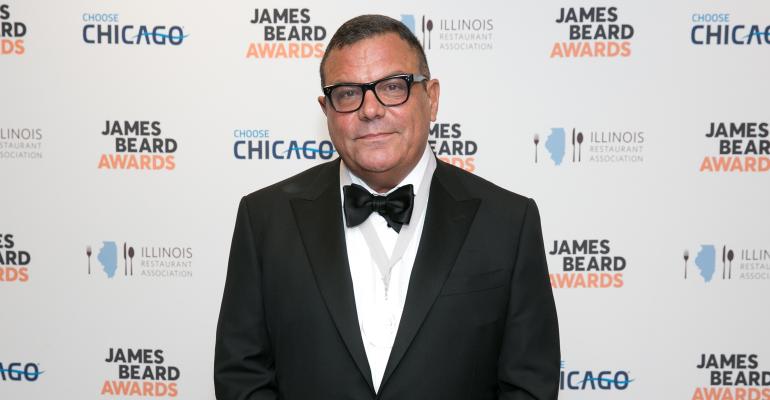 Many restaurant companies are working hard to create better experiences for their guests.

Understanding the theatrics of the restaurant experience

Many restaurant companies are working hard to create better experiences for their guests. But restaurateur Stephen Starr nailed that years ago.

In his early days, he opened restaurants with comedy acts and live music, and later launched a concert company that brought hit-makers like Eurythmics, Cyndi Lauper and Bruce Springsteen to Philadelphia.

He sold that business and returned to restaurants and nightclubs. But he maintained his attention to theatrical details, like music, lighting and backdrops — the details that please the senses and shape the overall experience.

Now Starr is the hit-maker. Founded in 1995, Starr Restaurants has grown into one of the largest multiconcept operators in the country, with restaurants up and down the Eastern Seaboard, from New York to Miami. Starr was named the Richard Melman Innovator of the Year by Restaurant Hospitality in 2013.

But 2017 was a breakthrough year for Starr.

After years of being nominated, Starr finally won the James Beard Awards as Outstanding Restaurateur of the Year. The group’s Le Coucou in New York, helmed by chef Daniel Rose, was also named best new restaurant.

Starr Restaurants declined to reveal what might be next. However, earlier this year, Starr told Charlie Rose that “things have gotten a little boring” in the restaurant world, and that it’s time to shake things up.

“I’m hungry, and I’d like to do something different,” he said.

In the interview, Starr also said he has long wanted to get into the movie or TV business.

Will a food-related film be next?

Next: The Lucques Group
Previous: Commander’s Family of Restaurants