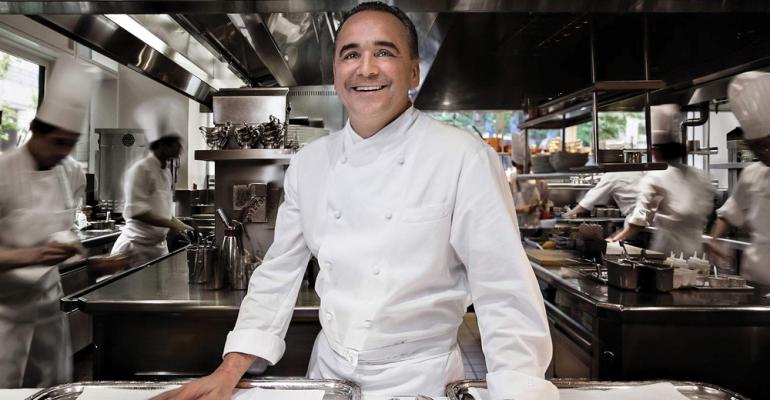 If there is a chef sought after for opening in splashy hotels, it is Jean-Georges Vongerichten, whose group operates concepts in top properties around the world.

The go-to group for top hotels

If there is a chef sought after for opening in splashy hotels, it is Jean-Georges Vongerichten, whose group operates concepts in top properties around the world.

He also opened Jean-Georges at The Connaught, the iconic hotel in London’s Mayfair area.

And in June, the new Public Hotel by Ian Schrager also debuted in New York, with Vongerichten’s Public Kitchen as the primary dining destination.

The original Jean-Georges is located in the Trump Hotel in New York, and frequented by the president. But the group doesn’t just do hotels.

On the menu are trendy dishes like avocado toast and congee. But the restaurant skips fake-meat alternatives meant to simulate things like burgers or chicken tenders, instead letting the vegetables shine on their own merit.

Next year, Vongerichten is reportedly planning to open a 7,300-square-foot casual restaurant and a 50,000-square-foot seafood market in the Tin Building next to Pier 17, former home of the old Fulton Fish Market in South Street Seaport in Manhattan.