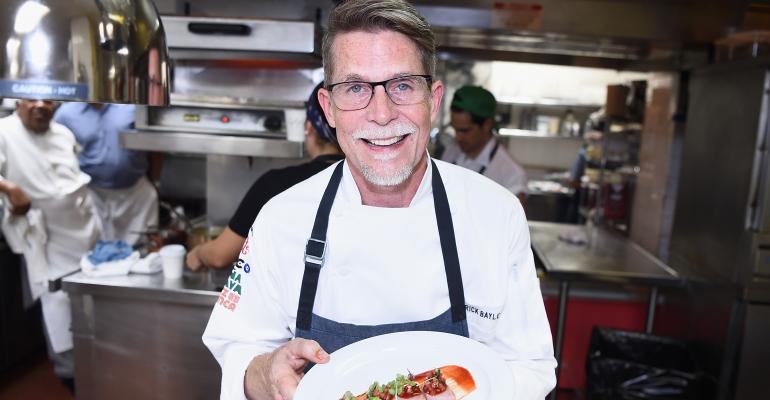 Rick Bayless was one of the first chefs in the U.S. to get national attention for elevating Mexican cooking with his restaurants Frontera Grill, which debuted in 1987, and Topolobampo, which opened two years later.

Spreading the love of Mexico

Rick Bayless was one of the first chefs in the U.S. to get national attention for elevating Mexican cooking with his restaurants Frontera Grill, which debuted in 1987, and Topolobampo, which opened two years later.

What grew from those acclaimed concepts was not one restaurant group, but two.

Frontera Grill, Topolobampo and quick-service Xoco operate under Frontera Grill Inc., which is owned by Bayless and his wife Deann, with Rick as chef.

As the company expanded, a separate Frontera Hospitality Group was formed, with Rick Bayless at the helm. That group operates newer concepts, like Leña Brava in Chicago, which opened in 2016. Next door, Cerveceria Cruz Blanca serves tacos and craft beers. Tortas Frontera has units in Chicago’s O’Hare International Airport, and Frontera Fresco has two units in Macy’s stores and one at Northwestern University.

The two groups are represented by one website, with Rick Bayless at the culinary heart of the operations. He is also a consultant to the Red O concept, with four locations in Southern California, but those are operated separately.

Over the years, Bayless has become a passionate advocate for Mexican cooking. His television series, “Mexico: One Plate at a Time,” is filming its 12th season. In 2014, he created a dinner-theater show called “Cascabel,” featuring the flavors of Mexico, song, dance and a contortionist.

In 2016, Bayless earned the Julia Child Foundation Award, given to a person who has had a profound impact on the way America eats, cooks and drinks.

After three decades of promoting a richer understanding of Mexican cuisine, Bayless proves his continued relevance.

This year, the 28-year-old restaurant Topolobampo, which was also recently renovated, won the James Beard Award for Outstanding Restaurant.