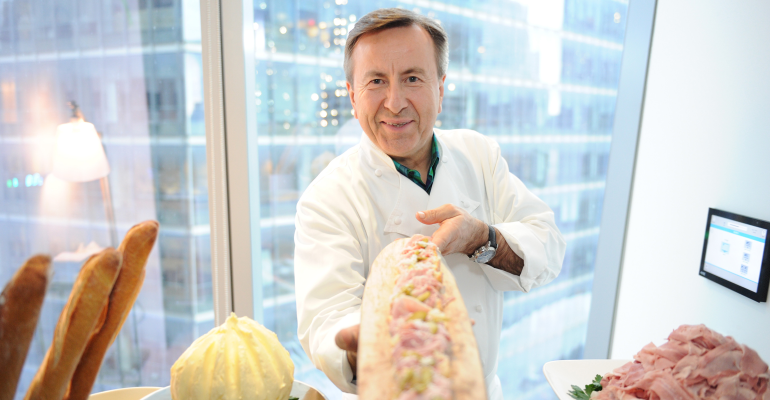 What’s new: DBGB Kitchen & Bar in New York closed in August after eight years. But the group is working on an unnamed new concept in One Vanderbilt in New York, a project that will also include a new location of Épicerie Boulud.

Planning for the next phase

In New York, he first worked in the kitchen at the Polo Lounge with another young chef, Thomas Keller. In 1986, he was named executive chef of Le Cirque, where he later won his first James Beard Award for Outstanding Chef.

Boulud won the award again at Daniel, his first restaurant, opened in 1993. Daniel became the foundation on which he built The Dinex Group, now a family of concepts across the U.S., London, Toronto, Montreal and Singapore. This year, Dinex Group closed the restaurant DBGB Kitchen & Bar after eight years in downtown New York, in part because Boulud has a new project in the works.

Dinex Group has signed on to develop a new concept in the One Vanderbilt Avenue project next to Grand Central Station in New York, which will include a 1,400-foot skyscraper.

The restaurant will reportedly be on the second floor, and isn’t expected to open until 2020. The project will also include a fourth location of Épicerie Boulud.

With Hudson Yards across town and the World Trade Center Oculus also attracting big-name restaurateurs, the fine-dining battle in New York is about to get more interesting.