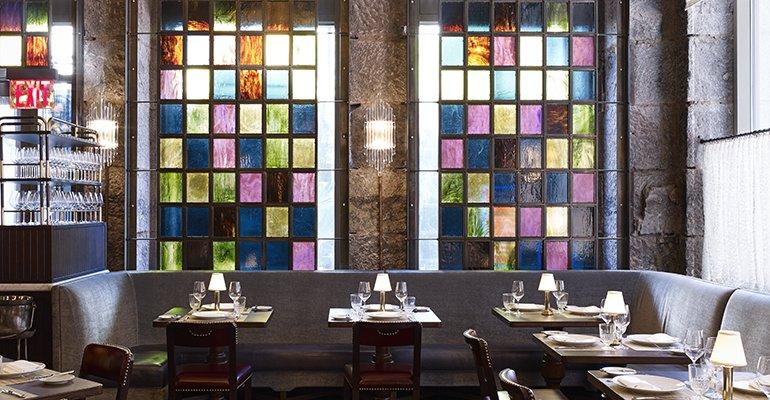 Tom Colicchio is one of the most familiar chef faces on television, but his restaurant group also has a solid track record on the New York restaurant scene.

What’s new: Fowler & Wells opened in 2017, along with The Bar Room in The Beekman hotel and residences. In 2018, a new concept is coming to a less urban market.

A ‘Top Chef’ in his own right

Tom Colicchio is one of the most familiar chef faces on television, but his restaurant group also has a solid track record on the New York restaurant scene.

Before launching his signature venue Craft, Colicchio spent time in some of the city’s top kitchens, including The Quilted Giraffe and Gramercy Tavern. The group has grown to include Craft siblings in Las Vegas, Los Angeles and Miami, as well as Riverpark in New York and Heritage Steak in Las Vegas.

This year, Colicchio closed Craftbar after 15 years, when the lease ended, saying the rent had gotten too high.

But the group also opened Fowler & Wells in The Beekman hotel and residences in New York, serving breakfast, lunch and dinner. In addition, the group operates The Bar Room, a hotel bar in the historic building’s nine-story Victorian atrium.

Coming in 2018 is a new concept that group officials say will be in a less urban market, although details have not yet been disclosed.

He has also become an advocate for ending hunger in the U.S. and for improving accountability of the nation’s food supply.

Colicchio appears in and served as executive producer of the film “A Place at the Table,” released in 2013, about food insecurity across the U.S

In 2012, he also founded Food Policy Action, an advocacy group designed to hold lawmakers accountable for votes that impact food and farming, including issues like genetic modification and labeling, the use of antibiotics in food sources and hunger.

Next: Make It Nice