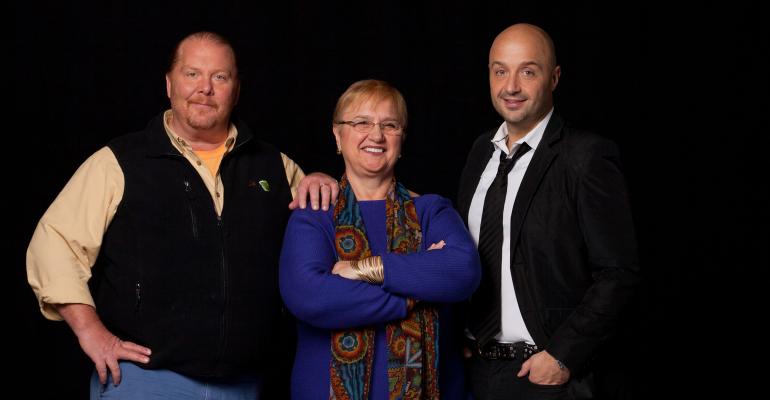 The story of Batali & Bastianich Hospitality Group, or B&B, began in 1981, when Lidia Bastianich opened Felidia in New York.

What’s new: B&B Burger & Beer will close in September as the group prepares to open Eataly at the Park MGM in late 2018. B&B Ristorante in Las Vegas, which celebrated its 10th anniversary this year, will be renovated. Eataly is scheduled to open in Los Angeles this fall.

A partnership that works

The story of Batali & Bastianich Hospitality Group, or B&B, began in 1981, when Lidia Bastianich opened Felidia in New York. The group is also growing the Italian food market and restaurant hub Eataly in the U.S., where it is multiplying with locations in New York, Chicago, Boston and soon Los Angeles and Las Vegas.

Batali, of course, has become one of the most recognizable celebrity chefs, appearing on shows like “The Chew.” He is reportedly working on a new show with Zero Point Zero Production, of “No Reservations,” “Parts Unknown” and “Mind of a Chef” fame.

The group is staying mum on what’s coming next, but B&B has an eye for what works.