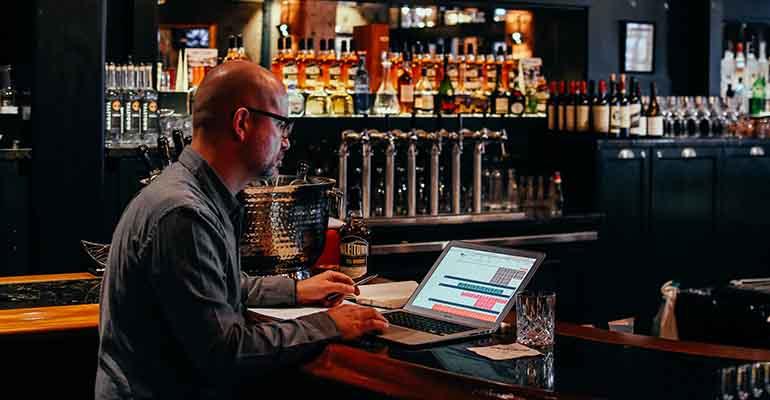 Why a predictable schedule is vital for restaurant workers

An unpredictable schedule can wreak havoc on employees’ lives and leave you short-staffed. New research, software and predictive scheduling laws are pushing restaurants toward stability

A predictable schedule that accommodates employees is just the right thing to do, according to Mary Cho, co-owner of Dak & Bop. Her restaurant serves Korean wings to guests in Houston but also aims to serve her employees. Considering the nature of restaurant work, it isn’t always easy to do both.

“When you're going into the restaurant industry, it is really a free-for-all. You have employees that you are having to schedule for day shifts, night shifts, in between shifts, afternoon shifts. You're scheduling every day,” Cho said. Additionally, “you're scheduling for people who have other jobs; for college students who have classes.”

Adding to the complications of restaurant schedules are labor shortages, predictive scheduling laws, mandated breaks and even the weather. It’s no wonder a cottage industry has cropped up offering various tech-based solutions for managing restaurant scheduling.

Cho uses Homebase, one of many companies offering scheduling software to restaurants. 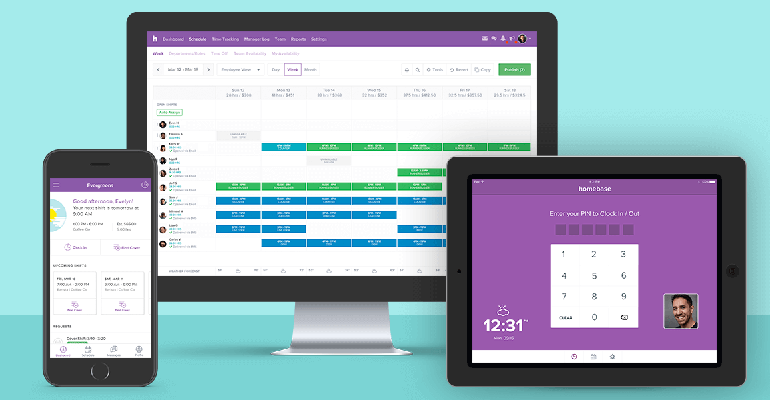 “One of the key components of Homebase is the availability portion,” said Cho. “You could say, I'm unavailable from this time and this time. And that's important when you're dealing in the real world, and you have issues, such as they have another job or this cook can't come in from this time, they don't have a babysitter this day. And when [employees block] out those times, when you're creating your schedule, it's visually right there.”

The impact on wellbeing

Homebase was founded in 2015 with a focus on managing restaurant teams, including online scheduling.

“Building and managing a schedule today is an impossible task to do on paper,” said John Waldmann, founder and CEO of Homebase. “Whether that's because of regulations, the availability of employees [or] trying to manage your labor cost, it is impossible to do this effectively and fairly on paper. And so I think that restaurant owners and managers have been dealt a pretty poor hand ... And that's what we wanted to fix. That I'm coming at this from a position of I believe that restaurant owners and managers want to do a good job at scheduling and want to treat their teams well, but they need help.”

Waldmann spoke to the Shift Project at UC Berkeley's Institute for Research on Labor and Employment to try to understand how schedules can impact employees’ wellbeing. The Shift Project examines the effects of unpredictable and unstable work schedules on hourly workers.

Unpredictable schedules can impact workers’ health, sleep and parenting, among other concerns, said Kristen Harknett, a professor at Berkeley’s department of social and behavioral sciences, who works on the Shift Project.

The Shift Project started interviewing hourly workers at retail and restaurant locations back in 2016 and has since interviewed about 100,000 workers.

“We were surprised by just how common it was for workers to be working part-time and want to be working more hours,” Harknett said.

When workers were put in this position, they’d “be willing to pick up shifts at the last minute or work at a time that was actually pretty tough for them to make work, but they just had to because they needed those extra hours,” she said. About a third of workers were in this position, according to the project’s data.

Harknett expected to see workers who did not get enough hours to take on a second job. But that wasn’t the case.

“We found that only about one in five workers reported that they had a second job. And just speaking to workers, one on one, one of the reasons for that is it’s really hard to schedule anything else when you don't know when your employer’s going to need you to come in,” she said.

Another issue for workers occurs when their employers changed their schedule at the last minute or put them on call. About 70% of workers experienced a last-minute change to their schedule, such as less than a day's notice, the project found. A quarter of workers are regularly expected to be on call for work 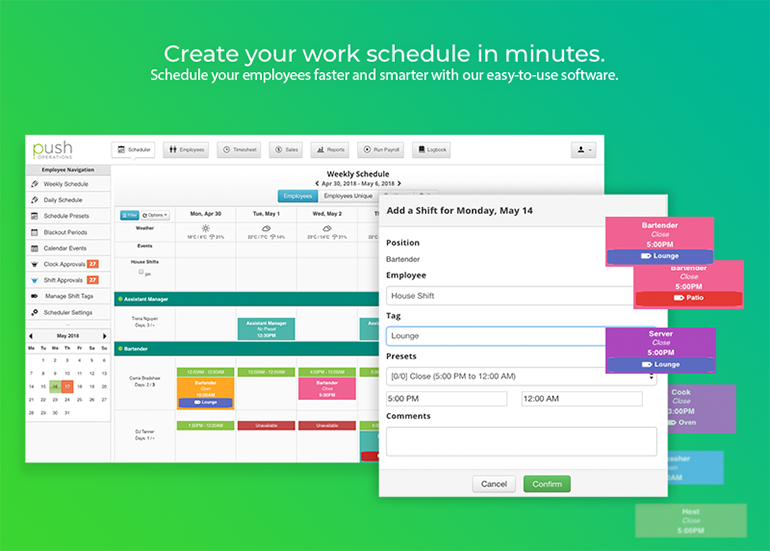 Almost all the workers the Shift Project spoke to didn’t feel like they could turn down a shift or tell their employer they weren’t available.

“In our first round of in-depth interviews where we sat down with workers, something that was so striking to me was that, almost to a person, workers said to get my job or to get a job at this workplace, you pretty much have to say you have open availability. Like if you don't say you have open availability, then you just won't get hired. So that's kind of a barrier to entry.

“Most workers said they didn't feel like they could put any boundaries on when they could come into work,” she said. “Then we also heard from workers that if you did try to put up some of those boundaries and protect some time for your kids or for school, that often exacerbates the not-getting-enough-hours [issue]. So, if you're a person who's a little bit more difficult to schedule, then you might get 15 hours instead of 35 that next week.”

New laws are requiring employers to post schedules farther in advance and are making it costly for employers to change shifts at the last minute. Many of these laws have exceptions, depending on the size of a business, number of locations and how many workers a business employs.

New York City, Chicago, and the state of Oregon have similar laws that mandate when a schedule must be posted, often at least seven days in advance. These laws are sometimes called predictive scheduling laws, secure scheduling laws or Fair Workweek laws.

Some laws, like the Fair Workweek in New York City, ban “clopening” or two shifts back to back with fewer than 11 hours between the end of the first shift and the beginning of the second shift. So a closing and opening shift on two consecutive calendar days would not be permitted.

Even if the city a restaurant operates in doesn’t have a predictive scheduling law in place, it’s a good idea to try to follow these laws as guidelines, said Jordan Boesch, the CEO and founder of 7Shifts, an online employee scheduling software firm focused on restaurants. 7Shifts allows employees to make requests and note which hours they are available.

“There's a lot of functions [in 7Shifts] around Fair Workweek because I'm taking the bet that other states are probably going to follow suit,” Boesch said. He noted the recent lawsuit against Chipotle Mexican Grill in New York City as a wake-up call for restaurants. In September, the city filed suit against the chain for violating the city’s Fair Workweek law. 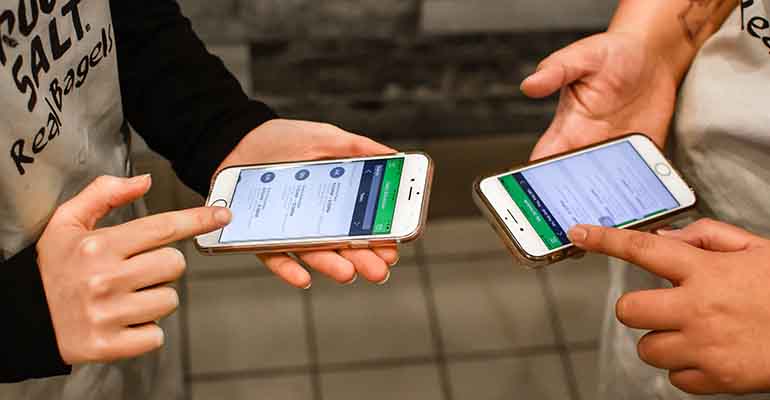 “With respect to the Fair Workweek law, Chipotle has been working cooperatively with the city to ensure we have systems and processes in place to comply with the law, so we believe the filing of charges was unnecessary,” Laurie Schalow, chief reputation officer for Chipotle, said in a statement. “Regardless, we will continue to cooperate with the city and we are addressing any prior noncompliance concerns.”

New York’s Fair Workweek law applies to fast-food chains of 30 or more units nationally, but independents should be aware — and wary.

“People are actually starting to take note now, and if they're not looking for solutions that are going to help keep them in compliance, they should be, because I don't think anyone's safe,” Boesch said.

Although Houston, where Cho of Dak & Bop is based, doesn’t have predictive scheduling or Fair Workweek laws yet, Cho believes that a fair, predictable schedule is “an essential part of being a good employer,” she said. “In today's society, I feel like a lot of people feel that they're just kind of disposable, and they aren't allowed to ask for certain things.

“It's important to feel like you're trying to work with the people that are going to be working with you, for you, that they don't feel like their needs are being overwritten. It's just a delicate balance,” she continued. “I need these shifts filled, so I'm looking for people to fill them. But if I can at least accommodate you for a few things, and we both are happy with it, then that’s the ideal.”