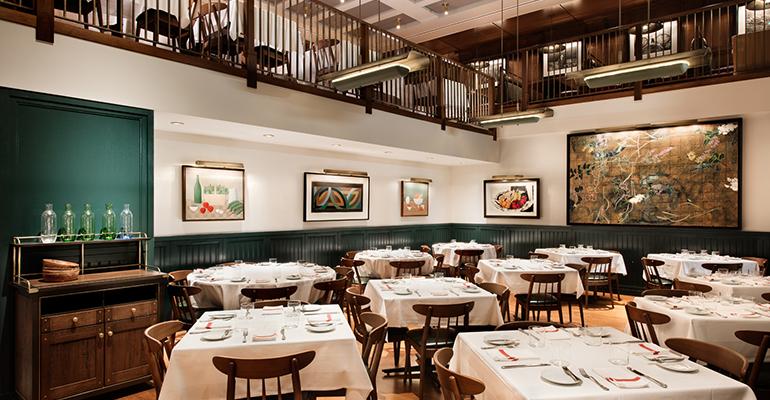 Union Square Cafe: Customer service at the tap of a wrist

When the new-and-improved Union Square Cafe reopened in December, after relocating just blocks from its original home, the restaurant became a bit grander and light-filled.

It also became more high-tech, upping the ante on how the restaurant uses technology to improve customer service.

With the reopening, the restaurant has integrated the use of Resy, a growing hospitality technology rival to OpenTable, which touches the customer experience in a number of ways, from reservations to mobile payment. In addition, managers and sommeliers began wearing Apple watches as an extension of the system.

“We never want technology to take away from the guest experience,” Cushing said.

At the new cafe, guests can make reservations through Resy. In the past, the restaurant called guests to confirm, but now Resy sends guests a text. If the guest is running late for the reservation or need to make a change, they can also let the restaurant know by text.

More importantly, Resy is integrated with the restaurant’s point-of-sale system, so it collects data on what that guest ordered and various preferences, like whether they like their red wine chilled or any allergies. That information will be available the next time the guest visits.

If a bottle of wine is ordered, when a server enters the wine into the POS, it automatically sends an alert to the sommeliers’ Apple watch with the guest name, the table number, and vin number to find the wine in the cellar quickly.

In the past, such notes about regulars or VIP customers would be written down or remembered by staff. Or services like OpenTable allow restaurants to put notes for such details into the system, but they still have to be printed out or communicated to managers.

“Now, it’s all on their wrist,” Cushing said.

Servers, however, will not wear Apple watches, said Cushing, who fears it would be too distracting.

The restaurant will soon roll out payment through Resy. Guests will be able use their smart phones to see their bill using the Resy app and click to pay, then leave on their own timing. Since hospitality is included at Union Square Cafe, tipping is not an issue.

The server then gets an alert on the POS system that the bill has been paid.

It may take time for mobile pay to be widely adopted, Cushing said.

“With any mobile payment, everyone wants adoption rates to be a lot higher than they are,” she said. “Once we turn it on, I think people will start to get used to it and start to use it on a regular basis. It creates a lot of efficiencies at a business lunch to be able to pay and walk away. But I think we have a long way to go from a society standpoint.”

Soon, Resy will also be able to offer the restaurant guest feedback online, which will add to the data stream that will inform operations, she said.

“Historically, tipping was that feedback,” she said.

For Union Square Cafe, the next challenge is addressing rising labor costs. The restaurant is building integrated scheduling and time-keeping tools that will give managers alerts on things like overtime, how sales are trending and projections versus forecasts.

For restaurant operators, the crush of new technology can be daunting. Cushing is urging restaurant operators to get more involved in shaping those technologies to apply more practically to the hospitality industry. She has co-founded a summit called Tech Table designed to align technology firms more closely with the needs of restaurants.

“We want to be able to drive the conversation,” she said.

BEFORE YOU ADD NEW TECHNOLOGY