Makers of Flippy, the robot cook, seek new round of funding

Social media has become a popular tool for reaching the industry’s next generation of diners.

Misfit Media, on the other hand, says it can deliver those answers, along with repeat traffic.

“We can tell [clients] who went through the door, how much money they spent, and the total revenue earned from an ad campaign,” CEO Brett Linkletter told Tech Tracker in a recent phone interview.

The Culver City, Calif.-based social media marketing company leverages Facebook Messenger as a modern direct marketing tool. Think of it as a virtual version of direct mailers — with one exception. Misfit doesn’t cast a wide net. It targets Facebook users who are most likely to become repeat customers for a restaurant. 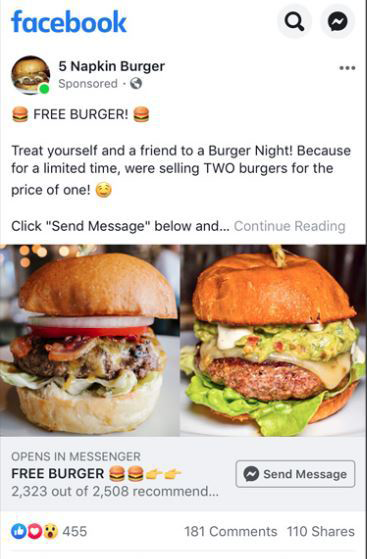 The firm, founded in 2015, works with 150 concepts from independents to regional chains. Some clients include Miller’s Roast Beef in Rhode Island and Massachusetts, Pizza Press and 5 Napkin Burger.

In the case of 5 Napkin Burger, an upscale full-service restaurant in New York City, Misfit ran a Facebook ad promoting a 2-for-1 burger special. Misfit aimed its advertising at people within proximity to one of the brand’s four Manhattan restaurants.

The promo could be redeemed through a link sent to a user’s Facebook Messenger.

“Inside Messenger, 5 Napkin Burger asked people to enter their email address to receive the offer. In this way, the business compiled a database of interested customers and their emails to use for future marketing,” according to a Facebook case study about the successful campaign.

Linkletter said Facebook Messenger is a cost-effective way for restaurants to market. Once a diner clicks on the first promotional link, the restaurant never has to “spend a dollar on them again,” he said.

“If you’re having success with direct mail, this [type of marketing] will absolutely blow this out of the water,” Linkletter said.

The creators of Flippy, the robot grill and fry cook, are looking to raise $30 million through an equity crowdfunding platform.

Flippy, created by Pasadena, Calif.-based Miso Robotics, flips burgers full time at CaliBurger, a quick service restaurant owned by the Cali Group of Pasadena. Flippy has also been deployed at Dodger Stadium in Los Angeles and Chase Field in Phoenix.

CaliBurger plans to extend Flippy’s use at a new restaurant opening soon in Florida. That location will have a Flippy cooking burgers, and a second one producing French fries. 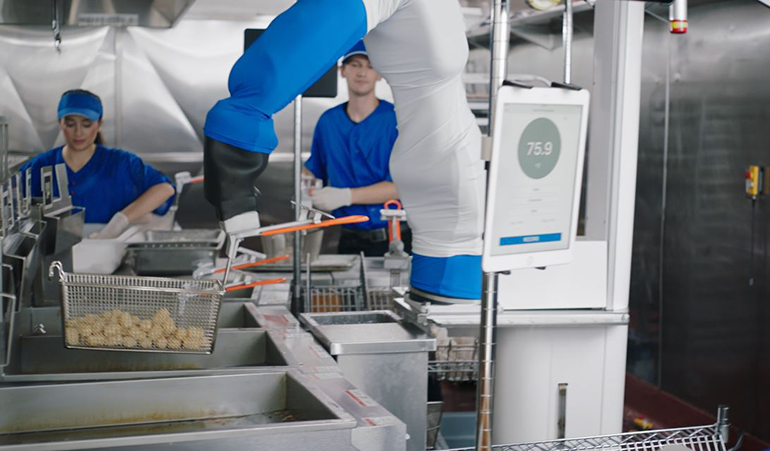 “We are thrilled to provide a new window of access into an innovative world where artificial intelligence can assist kitchen staff in meeting the fast-paced demands of the changing food-service industry,” Buck Jordan, CEO and co-founder of Miso Robotics, said in a statement. “Since its debut, Flippy has become a household name. We’re excited to bring fans along on our next journey, and venture towards growth.”